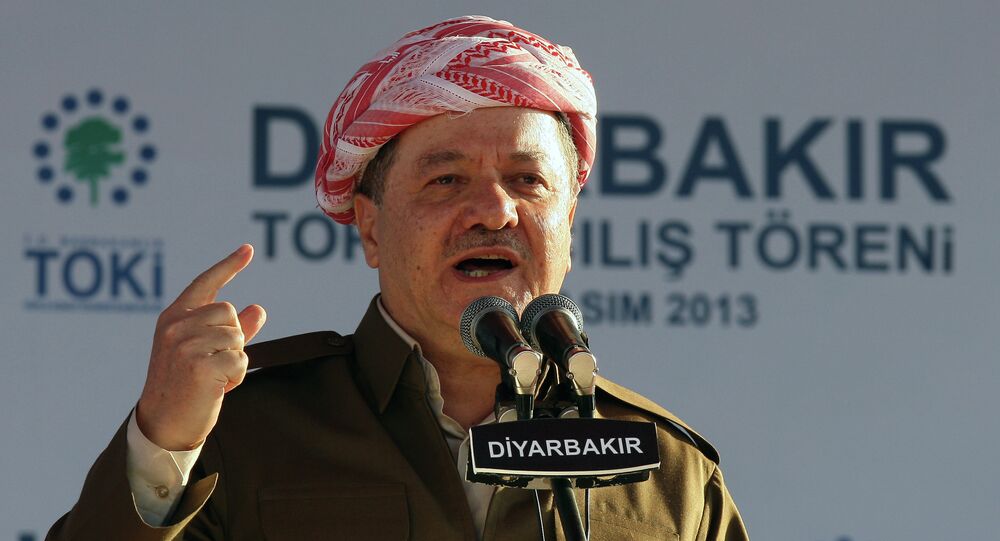 MOSCOW (Sputnik) – According to Kefah Mahmud, Barzani "is ready to lend support to a candidate that will satisfy opposition."

The initiative stipulates the replacement of the parliament leader, dissolution of the current government and the formation of a new government.

“Barzani kicked the ball of the political game to the court of opposition parties. His initiative made it easy for them to make a retaliatory decision,” Mahmud said.

© AFP 2021 / AHMAD AL-RUBAYE
Washington 'Only Interested' in Independent Kurdistan Due to Oil, But It Comes at a Cost
The ruling Kurdistan Democratic Party is facing political differences with opposition parties that demand changing the president of the autonomous region.

In July 2014, Barzani announced his intention to hold a referendum on independence in the coming months. Organizing the referendum was delayed because the Kurdistan Regional Government (KRG) became embroiled in the fight against the Islamic State jihadist group, which is banned in Russia and many other countries worldwide.