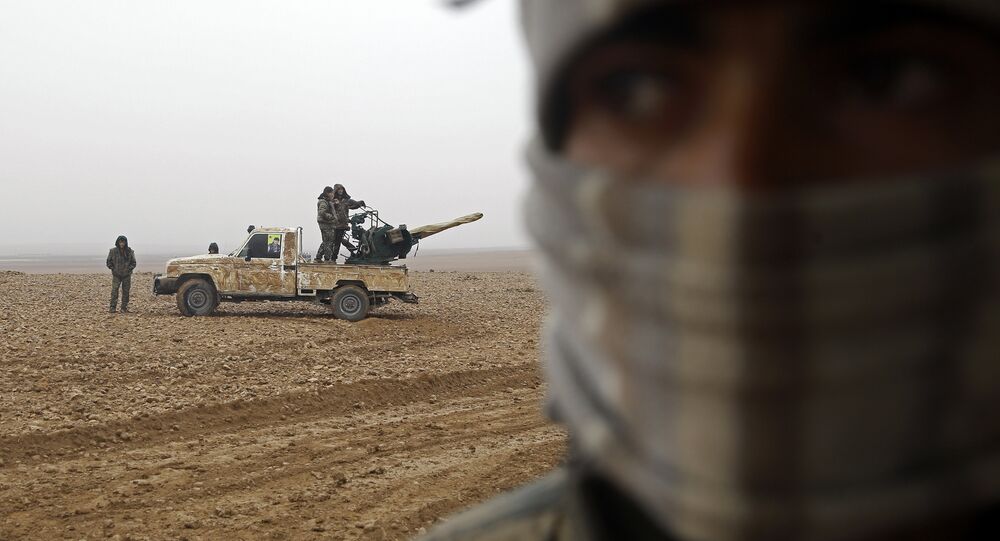 MOSCOW (Sputnik) — Kurdish-led Syrian Democratic Forces (SDF) have driven the Islamic State (ISIL or Daesh) fighters from 133 villages in the northeastern Syrian Raqqa province during the second phase of the Operation Wrath of Euphrates, the SDF said in a Friday statement.

"Since December 10, 2016, our forces have been able to kill 536 ISIL fighters, taking 12 militants as captives and taking control of 133 villages in Western Raqqa," the statement said, as quoted by the Iranian Fars news agency.

The Operation Wrath of Euphrates, aimed at liberating the Syrian city of Raqqa from IS, outlawed in Russia among other countries, was launched on November 5, 2016. The SDF started the second stage of the operation on December 10.

The SDF is among of the forces fighting against the IS militants in the war-torn Syria and brings together Kurds, Arabs, Assyrians and Turkmens among others.