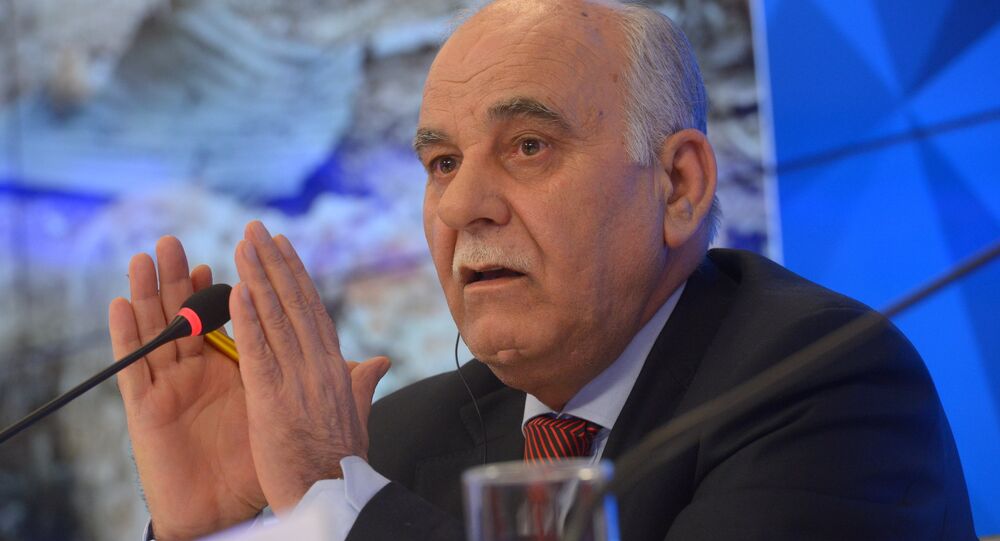 Russia Tries to End War in Syria, Not to Invade Country

Syrian opposition delegation leader and former Army Gen. Mustafa Sheikh said that Russia is not the invader, Russia is trying to stop the civil war in Syria.

MOSCOW (Sputnik) — Russia plays a positive role in the Syrian conflict, trying to stop bloodshed there, it is not an invader, Syrian opposition delegation leader and former Army Gen. Mustafa Sheikh said Friday.

"[Russian] units participate in operation in Syria. But I am convinced that Russia is not the invader. Russia is trying to stop the bloodshed, it stands against Syria's fragmentation," Sheikh told reporters.

© Sputnik / Iliya Pitalev
Islamists Seeking to Gain Power in Syria Pose Risk of 'New Dictatorship'
The former general, who used to lead the Free Syrian Army’s military council until 2012, added that Syria welcomed such an approach.

"I saw military men from Chechnya [southern region of Russia] in Aleppo… They helped people to overcome the difficulties. I wish there were more Russians. Russia is not an expansionist state. Russia wants to solve the Syrian conflict to the benefit of the Syrian people," Sheikh said.

The Syrian opposition delegation came to Moscow ahead of major intra-Syrian peace talks in Kazakhstan’s capital Astana. They are expected to be followed by a new round of negotiations in Geneva on February 8.

Since 2011, Syria has been engulfed in a civil war, with government forces fighting against numerous opposition and terrorist groups, including the Islamic State (ISIL or Daesh), which is banned in a range of countries, including Russia.