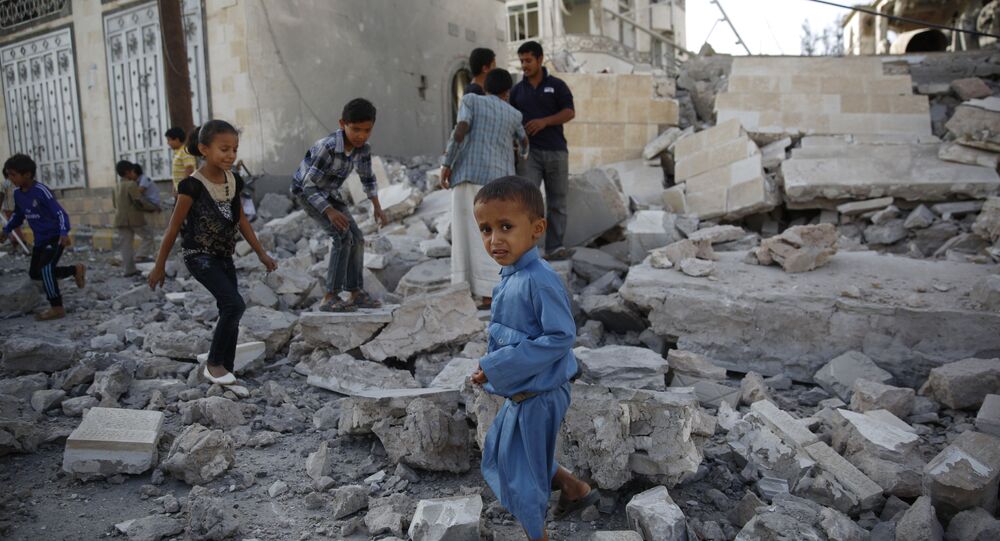 United Nations Children's Fund (UNICEF) representative in Yemen Meritxell Relano stated that almost 1,400 children were killed and 2,140 were injured during conflict in Yemen.

"Over 2,140 others have been injured. The actual numbers are likely to be much higher," Relano said in a statement published on UNICEF website.

He added that some 2,000 schools were destroyed, damaged or used for military purposes or as shelters for displaced families.

"Schools should be zones of peace at all times, a sanctuary where children can learn, grow, play and be safe. Children should never risk their lives only to attend school," Relano underlined, adding that UNICEF called on all parties to the conflict to follow their obligations under international humanitarian law and stop attacks on civilian infrastructure, including schools.

© REUTERS / Mohamed al-Sayaghi
As Bombs Drop on Starving Children in Yemen, World Unforgivably Looks the Other Way
Yemen has been engulfed in a violent conflict between the government headed by Abd Rabbuh Mansur Hadi and the Houthi movement backed by army units loyal to former President Ali Abdullah Saleh.