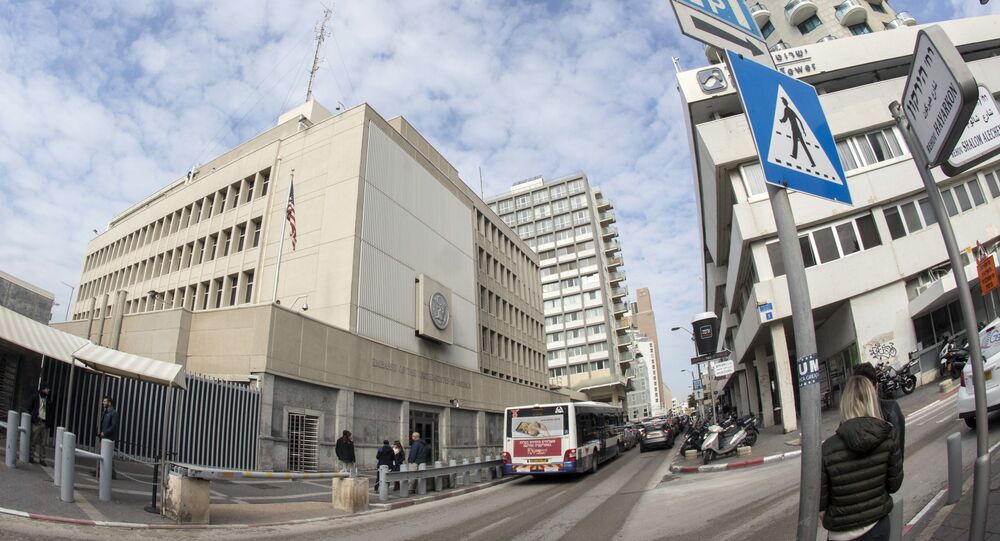 Senior Palestinian officials have warned that the Palestinian Liberation Organization (PLO) could revoke its recognition of Israel if Donald Trump's administration moves the US embassy from Tel Aviv to Jerusalem – a decision that could reduce US influence and spark more violence in the region.

Palestinian leaders also called for protests against the proposed move, and for opposition to any relocation to come "from Pakistan to Tehran, from Lebanon to Oman."

Senior Palestinian negotiator Mohammed Shtayyeh warned that any effort to relocate the US embassy to Jerusalem would result in a response.

More threats: Top Palestinian official Mohamed Shtayyeh: We'll reconsider our recognition of Israel if US embassy is moved to Jerusalem.

​"One of the measures we are considering seriously is the issue of mutual recognition between the PLO and Israel. [It] is not valid any more doing this," he said, in reference to the proposed embassy relocation.

The location of the US' Israeli embassy is a highly contentious matter, with those opposed to a relocation arguing that moving it to Jerusalem would imply Israel's exclusive claim to the city, despite the fact that large parts of it were illegally annexed after the 1967 war.

Palestinian officials also see the city as the capital of any future state, further complicating matters.

​There are concerns among Palestinian circles that incoming president Donald Trump may relocate the US embassy from its current location in Tel Aviv to Jerusalem, following reports and leaks from diplomatic sources.

The speculation led Palestinian President Mahmoud Abbas to write to Trump, warning that moving the embassy "will likely have [a] disastrous impact on the peace process, on the two-state solution and on the stability and security of the entire region, since Israel's decision to annex East Jerusalem contradicts with international law."

I want your house but I don't want you to live in it, I propose a two-state solution; you can live in the garage.

​Shtayyeh echoed Abbas' concerns over the future of the two-state solution should the embassy be relocated, also suggesting that a move to Jerusalem would be in breach of the 1995 Oslo peace agreement.

"If Trump moves the [US] embassy to Jerusalem that would be the end of the two-state solution. Trump would be giving away something that is not his to give," he said.

"The US is a witness to the Oslo agreement, signed in the White House in front of President Clinton. This is an international commitment."

There are also concerns about the broader implications of any such US embassy switch, with fears it may erode American influence in the region.

A Jordanian government spokesperson last week said any relocation would have "catastrophic implications on several levels, including the regional situation," while outgoing US Secretary of State, John Kerry, told CBS that such a development would cause an "an explosion, an absolute explosion in the region, not just in the West Bank, and perhaps even in Israel itself, but throughout the region."

Part of Trump revenge for UN Israel drama could be to move US Embassy to Jerusalem. But this might inflame passions across the Muslim world.

​Kerry added that moving the embassy would "have a profound impact on the readiness of Jordan and Egypt to be able to be supportive and engaged with Israel as they are today."

Red Line: US Risks 'Kissing Goodbye' to Its Role in Mideast Settlement