Libya has more than tripled its oil output over the past six months, which may undermine the plans of the Organization of the Petroleum Exporting Countries (OPEC) to raise petroleum prices by jointly decreasing oil production, media reported Tuesday. 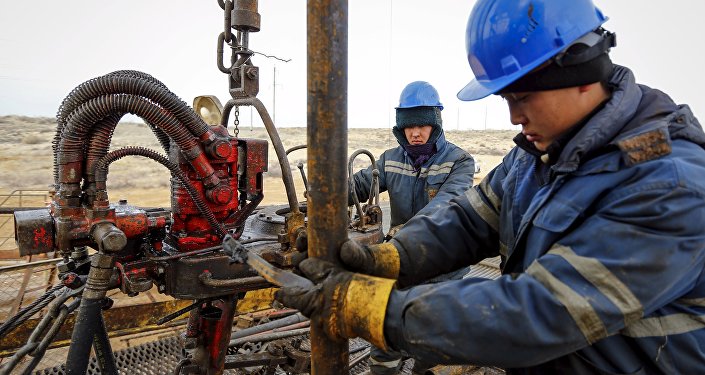 © REUTERS / Shamil Zhumatov
Kazakhstan Meets OPEC Obligation by Taking 20,000Bpd Off Oil Market – Energy Ministry
MOSCOW (Sputnik) — This week oil output in Libya has reached 708,000 barrels per day, the maximum over the past three years, while less than a year ago oil production did not exceed 200,000 barrels per day, The Wall Street Journal reported, citing a source in the National Oil Corporation (NOC).

The OPEC oil output reduction deal does not affect Libya due to the internal conflict in the country, however, the armed groups blockading oil pipelines started to enter into agreements with the NOC on resuming oil extraction, the newspaper reported.

The average daily oil output in November 2016 in Libya amounted to 575,000 barrels, while in 2017 the country may increase the daily production up to 900,000 barrels, according to the NOC.

Libya has been in a state of turmoil since 2011, when a civil war began in the country and its longtime leader Muammar Gaddafi was overthrown. In December 2015, Libya’s rival governments — the Council of Deputies based in Tobruk and the Tripoli-based General National Congress — agreed to create the Government of National Accord (GNA), to form the Presidency Council and to end the political impasse.