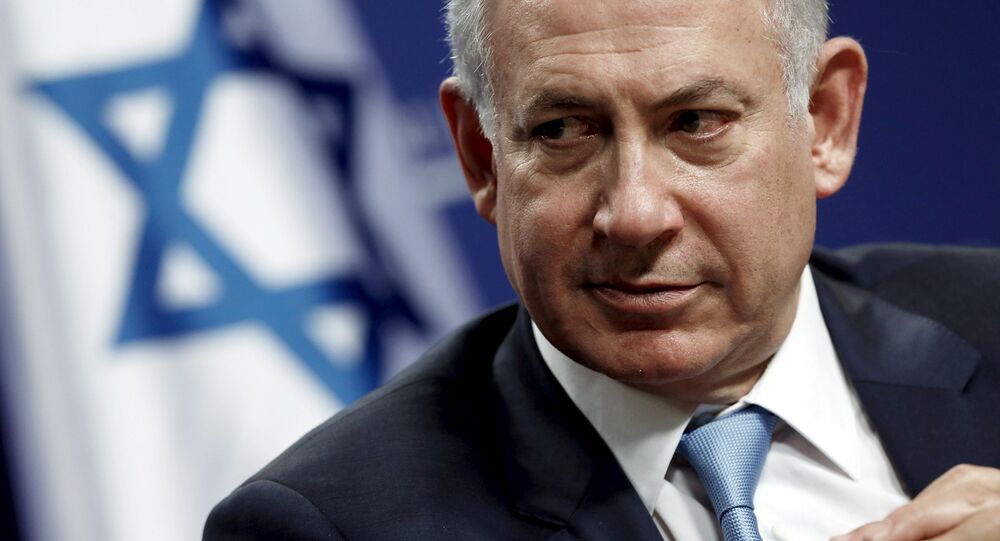 Israeli Prime Minister Benjamin Netanyahu has canceled plans to attend the World Economic Forum in Davos, Switzerland, amid rumors that he may instead attend the inauguration of US President-elect Donald Trump.

© AP Photo / Pablo Martinez Monsivais
After Legal Threat, Park Service Agrees to Grant Trump Inauguration Protest Permits
On Sunday, Netanyahu’s office released a statement announcing the cancelation of the trip, but did not include an explanation. The forum is taking place from January 17-20, and coincides with the inauguration.

Advisors for Trump have reportedly been courting the Israeli leader, the New York Post reported on New Year’s Eve. A source confirmed to the paper that they were hoping he would attend either the ceremony or meet with the President-elect prior to the event.

“There’s a plan for Trump to meet with Netanyahu,” a source close to the transition team told the Post. “They’re talking all the time. And Netanyahu is talking about possibly going to the inauguration.”

“After the outrageous anti-Israel resolution at the UN, the US House of Representatives voted yesterday resoundingly to support Israel and reject this one-sided resolution,” Netanyahu said.

© AP Photo / Gali Tibbon
Netanyahu Caught on Tape Offering Favors in Exchange for Better Coverage
“I want to thank the US House of Representatives, which reflects the tremendous support Israel enjoys among the American people. They voted to either repeal the resolution at the UN or change it – and that’s exactly what we intend to do.”

Netanyahu canceled a meeting with British Prime Minister Theresa May, set to take place during the Davos forum, over the UK’s support of the resolution.

The Israeli leader is currently under two police investigations for corruption and bribery. Netanyahu has denied the allegations against him.

Netanyahu Thanks Trump for Support of Israel Over UN Resolution