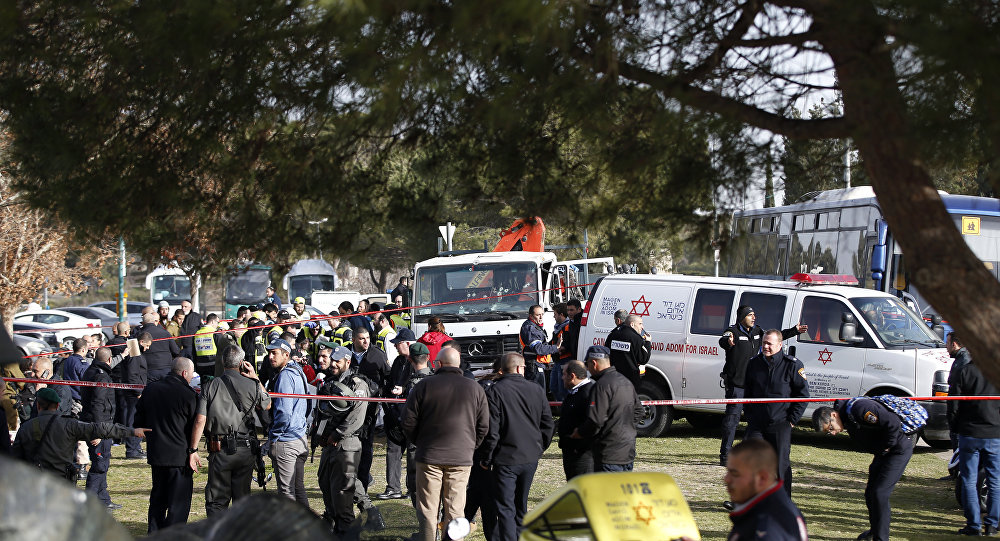 Sunday’s track-ramming incident in Jerusalem proves that the approaching peace conference in Paris will not put an end to Palestinian terror attacks, according to Israeli Deputy Minister of Foreign Affairs Tzipi Hotovely.

© REUTERS / Baz Ratner
Israel to Cut UN Funding After Resolution on West Bank Settlements
Four people were killed and 17 other wounded in the Armon Hanatziv neighborhood of Jerusalem on Sunday morning by a Palestinian man who drove a truck into a group of soldiers as they were taking part in the army's weekly educational trip.

No organization yet claimed responsibility for the first major attack since a wave of knife, gun and car-ramming attacks wracked the city in October 2015, but a representative of the Hamas group Hazaem Qassem referred to the act as "heroic".

"These operations demonstrate that all attempts to bypass the resistance or to thwart it will fail every time," he wrote on his Facebook page.

Hotovely condemned the attack, claiming it was triggered by the forthcoming peace conference — which Israel has declined to attend, insisting that disputes can only be settled through direct negotiations without any preconditions and indeed, referring to the entire process as reminiscent of the Dreyfus Affair.

"The world has received a clear answer from the Palestinians to the peace conference coming up in Paris: More terror," she said, as cited by Times of Israel.

"I again call on the international community to demand an end to terror and the industry of education toward it."

Hotovely's sentiments were echoed by other Israeli authorities, including Education Minister Naftali Bennett, who said in an interview with CNN that "Terror is terror," whether it happens in Europe, the US or in Jerusalem.