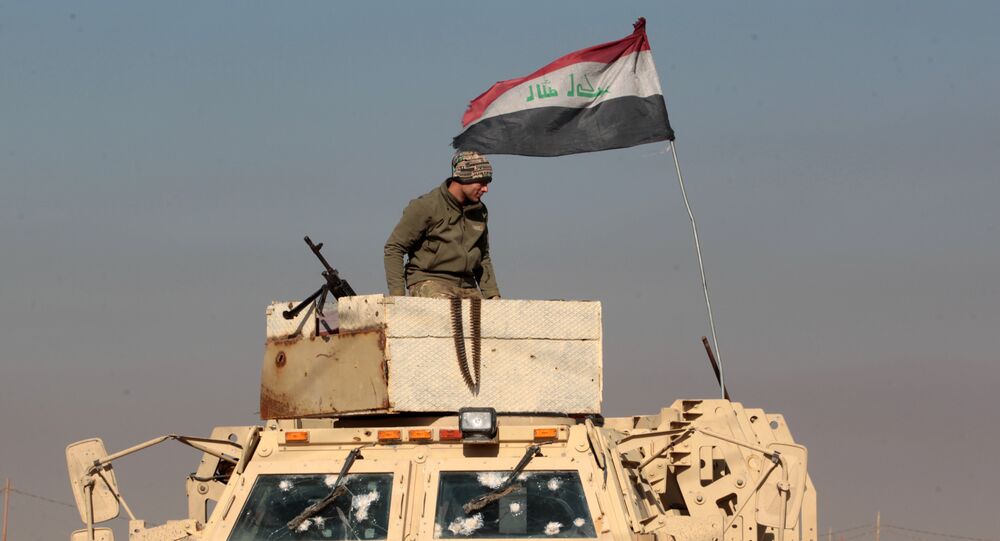 Special units of the Iraqi armed forces reached the eastern bank of the Tigris river in Mosul for the first time since the beginning of the anti-Daesh operation, media reported.

© REUTERS / Wissm al-Okili
At Least 10 Killed After Another Explosion Hits Iraq's Capital Baghdad
MOSCOW (Sputnik) — According to Alsumaria TV channel, Iraqi forces fought their way to the eastern bank of the Tigris on Sunday

In late November 2016, the US-led coalition destroyed the last of five bridges over the Tigris river, which linked the eastern and western parts of Iraq's Mosul city, which has served as a terrorist stronghold for over two years now.

The operation to liberate Mosul, in the northern Iraqi province of Nineveh, from Daesh, outlawed in many countries, including Russia, began on October 17, 2016. Iraqi troops managed to advance in the eastern part of the city, but the western part — on the right bank of the Tigris River — remained under militant control.

The operation began with 4,000 Peshmerga fighters and 30,000 Iraqi soldiers backed by the US-led coalition.