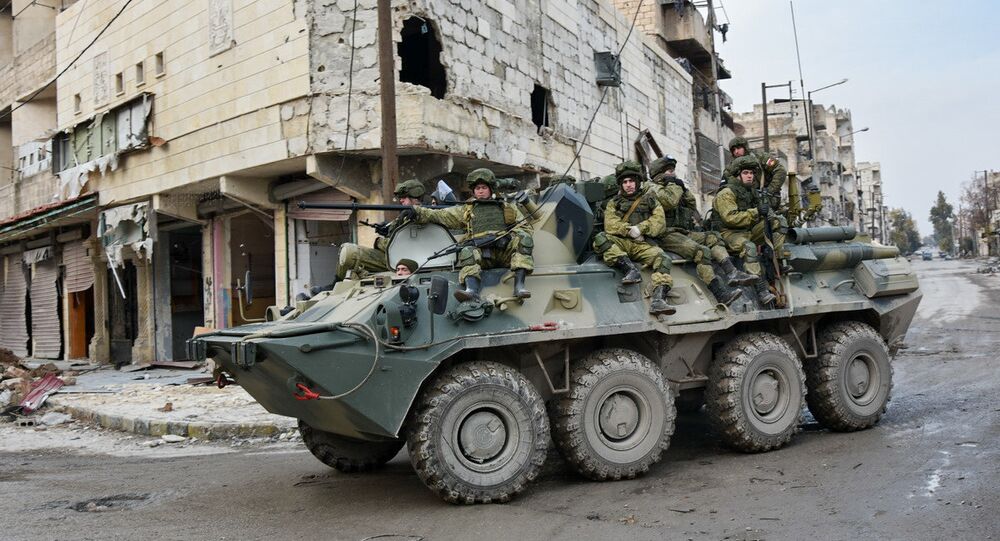 The Syrian Democratic Front, which unites internal opposition forces, treats the reduction of the Russian armed deployment in Syria with caution, as it fears military groups may use it as an opportunity to gain strength and take up arms again, its spokeswoman, Mais Krydee, told Sputnik.

MOSCOW (Sputnik) — On Friday, chief of the Russian Armed Forces General Staff Gen. Valery Gerasimov announced that Russia had begun the planned reduction of its military presence in Syria with a Northern Fleet carrier group led by the Admiral Kuznetsov aircraft carrier.

"I am looking at this step by Russia with carefulness, as there are many military groups fighting in Syria. May be this is the step to boost negotiation process and push sides to the negotiation table. But are the military groups ready to lay down weapons? Are they ready for the political solution? What if military groups use this time to gain more force? We have to be careful about it," Krydee said.

© REUTERS / Omar Sanadiki
CIA Chief's 'Scorched Earth' Claims About Russia's Op in Syria are 'Last Salvo in Anti-Russian Information War'
Meanwhile, she added that the Syrian Democratic Front, which was established in late December, placed great trust in Russia and it efforts to settle the crisis.

"We trust Russia and what it does. We trust Russia's approach to the negotiation process. The big mission in Syria is to stop terrorism and to be against terrorism," Krydee said.

The decision to scale back Russia's military presence in the Arab republic was made by President Vladimir Putin at the recommendation of Defense Minister Sergei Shoigu on December 29, after a new ceasefire was announced.

A nationwide ceasefire between the Syrian government and opposition factions took effect at midnight local time on December 30. Russia and Turkey serve as guarantors of the deal.