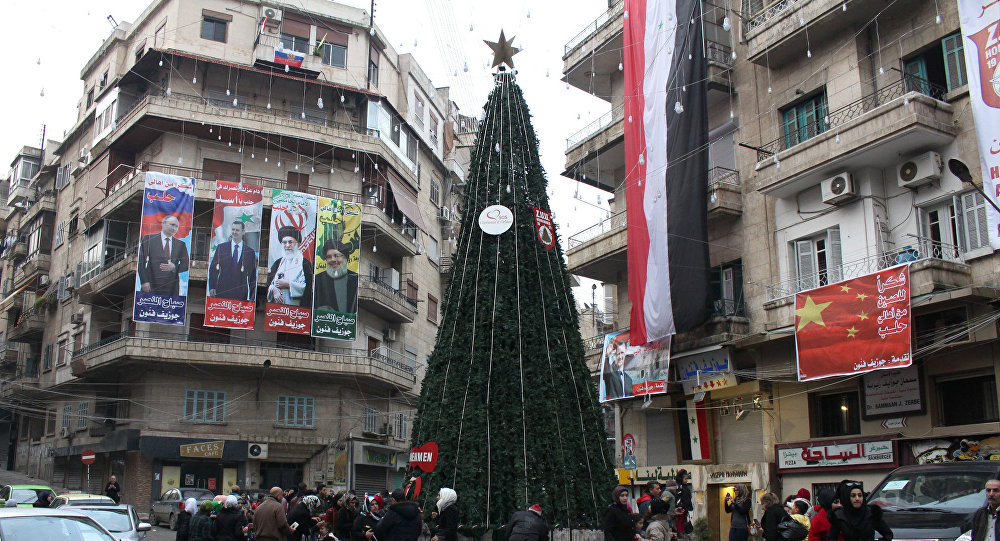 Residents of eastern Aleppo are rebuilding their homes and starting to produce various goods, which had to be abandoned during the war. This video shows how life has returned to the liberated districts of the Syrian city.

Various craft workshops and small factories in the liberated districts of Aleppo are back in business.

Peace has been restored as workers have returned to factories in eastern Aleppo’s Al-Arqoub district, following statements made by Syrian Prime Minister Imad Khamis that restoration of the city's production abilities was a top priority.

Earlier, Syria's prime minister and several other ministers visited the city and assessed the extent of the damage.

During the terrorists reign over the city, the living conditions were horrible as the terrorists consumed all the food delivered from abroad leaving civilians to starve.

The Syrian Army officially liberated Aleppo in December 2016 after ousting rebels from their last bastions in the eastern part of the city.

The Battle of Aleppo lasted more than four years after fighting broke out on July 19, 2012. In 24 hours leading up to the victory, approximately 10,000 to 13,000 civilians fled the city, bringing the total number of refugees up to around 130,000 according to reports.