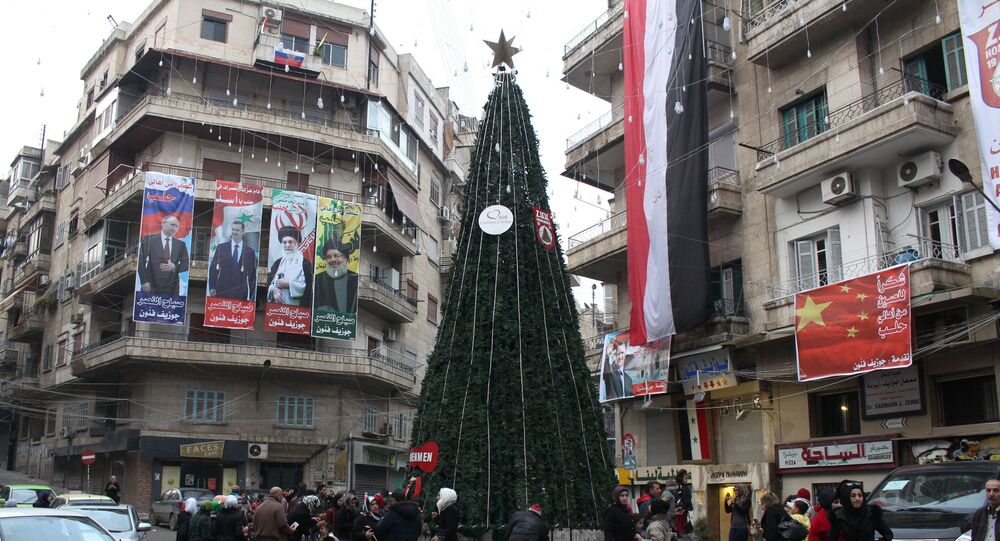 The chief of the Russian General Staff said the liberation of Aleppo would facilitate the peaceful resolution of the Syrian conflict.

MOSCOW (Sputnik) — The liberation of Aleppo by the Syrian government forces creates the necessary conditions for peaceful conflict resolution, the chief of the Russian Armed Forces General Staff said Friday.

"The successes of the Syrian armed forces in liberating Aleppo created the necessary conditions for the peaceful resolution of the conflict," Gen. Valery Gerasimov said.

Gerasimov said the nationwide truce agreement that took effect on December 30 in Syria served as "clear confirmation" of the fact.

"I am confident that it will become the basis for a political settlement of the conflict," he stressed.

On December 16, 2016, the Russian Defense Ministry's center for Syrian reconciliation said that the Syrian army operation to liberate the eastern neighborhoods of Aleppo was over, and that the Syrian government troops were eliminating separate hotbeds of militant resistance.

© Sputnik / Michael Alaeddin
Thousands Return to Now Peaceful Aleppo But You Won’t See It on CNN
In late December, the UN Security Council unanimously adopted a Russian-Turkish resolution on a ceasefire regime in Syria, as well as on holding political talks between the Syrian government and opposition groups in Astana, Kazakhstan in January 2017. A day earlier, a nationwide ceasefire between Syrian government troops and several opposition factions came into force. Russia and Turkey serve as guarantors of the deal that paves the way for negotiations between the warring parties.