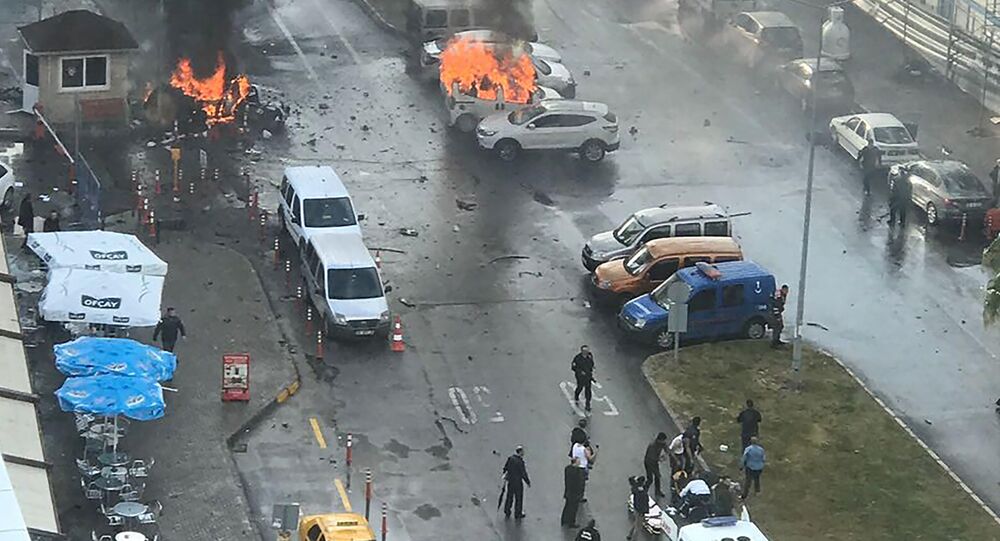 Turkish security forces were able to somewhat reduce the damage that could have been caused by the explosion in the Turkish city of Izmir, German Foreign Minister Frank-Walter Steinmeier said Thursday.

BERLIN (Sputnik) — Earlier in the day, Turkish media reported that a large explosion occurred in Izmir, killing at least two people and injuring about seven others.

"It is evident that Turkey's security forces managed to avert the worst," Steinmeier said.

© REUTERS / Khalil Ashawi
Here's What's Forcing Turkey to Actually End Its Support for Anti-Assad Jihadists in Syria
The foreign minister added that Berlin would support Ankara in the fight against terrorism, whether it was rooted in Islamism, ideology or ethnic differences.

According to Turkish media, one of the police officers at the scene noticed a car that was supposed to blow up and intervened, staving off a bigger attack.

Two of the militants were reportedly killed, while the third one remains at large.