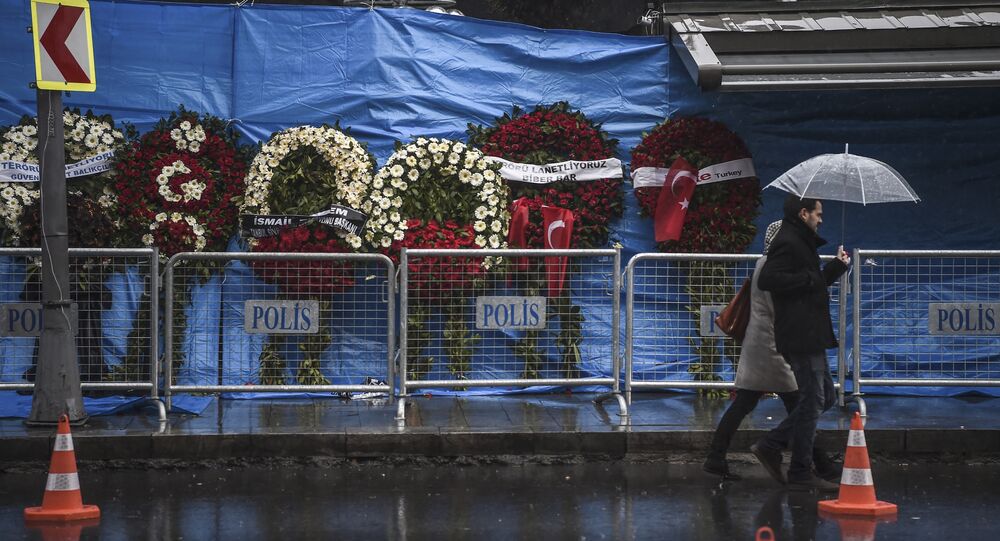 MOSCOW (Sputnik) — The man who shot 39 people dead at an Istanbul nightclub in the small hours of the new year probably belonged to a Turkic ethnic group called the Uyghurs, a Turkish deputy prime minister claimed Thursday.

"The terrorist is probably an Uyghur," Veysi Kaynak told the A Haber television channel, as cited by the Yeni Safak news website.

The Reina nightclub was attacked during New Year celebrations by a man carrying a Kalashnikov assault rifle. At least 20 foreigners were among those killed, almost 70 were injured. The Daesh terrorist group, outlawed in many countries, including Russia, claimed responsibility for the attack.

© REUTERS / TV/Handout
A Turkish police handout picture made avalible on January 2, 2017 of a suspect in Istanbul nightclub attack which killed at least 39 people on New Year's Eve