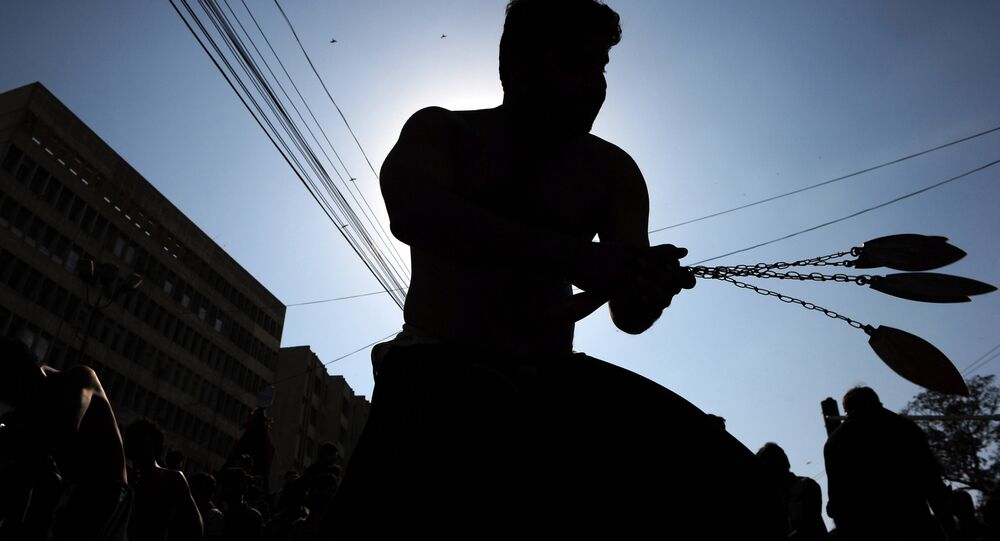 Saudi Arabian media is reporting that 49 foreign construction workers protesting unpaid wages have been sentenced to prison and corporal punishment in the form of lashes.

© Flickr / UN Geneva
UN Human Rights Chief Urges Saudi King to Stop Flogging of Atheist Blogger
Some of the unnamed workers were reportedly sentenced in a Mecca court to four months imprisonment and 300 lashes each, on charges of destroying public property and inciting unrest. Others received prison  sentences of 45 days.

The nationalities of the workers have not been made public by Riyadh.

The workers had primarily been employed by Saudi Oger, a construction company, and the Binladin Group, which was founded by the father of the deceased al-Qaeda leader. After the kingdom’s oil revenues collapsed, the contracted workers went unpaid.

During a May 2015 demonstration, seven Binladin Group buses were set on fire. Authorities would not confirm at the time that the workers were the suspects behind the arson.

Last year, the Binladin Group claimed that they had settled their debts with the workers, while Oger workers were reported to have received only partial payment as of December 2016, the Middle East Eye reports.

On December 22, 2016, Saudi Finance Minister Mohammed Aljadaan announced that the money owed to private sector contractors would be paid within 60 days.