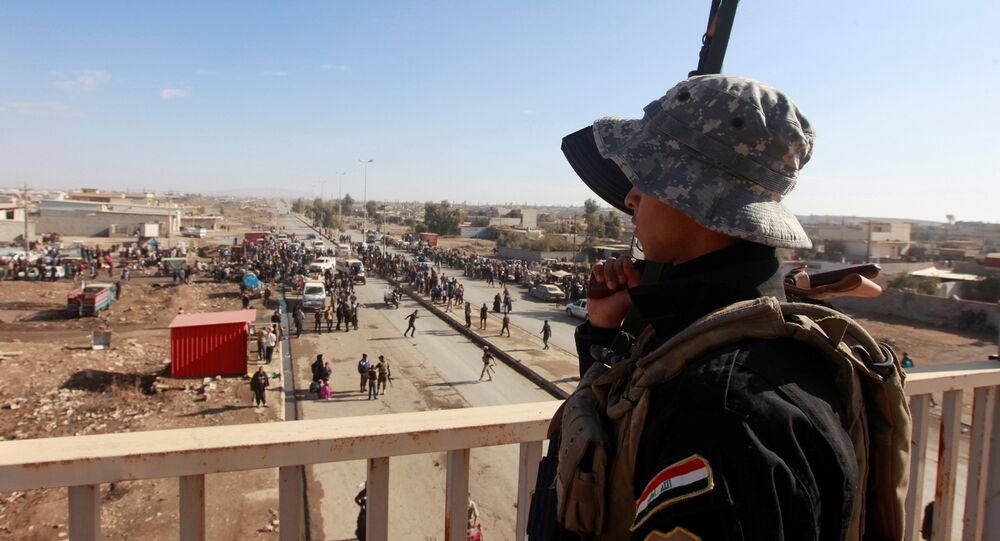 The Pentagon has confirmed that the Iraqi army backed by US-led coalition is still advancing in Mosul, reclaiming two thirds of the embattled city from Daesh.

WASHINGTON (Sputnik) – Iraqi military forces backed by the United States and its allies have now retaken two-thirds of the city of Mosul from Daesh, Department of Defense spokesman Peter Cook said in a briefing on Tuesday.

"Two thirds of east Mosul is now in government hands," Cook told reporters. "The various axes of advances into the city have begun to link their fronts… The coalition continues to provide critical support to the efforts."

© REUTERS / Eric Gaillard
Liberation of Syrian Raqqa to Be Next Step After Iraqi Mosul Freed - Hollande
Cook also reported major progress in the US-backed drive by Syrian rebels opposed to the government of President Bashar Assad against Daesh-held territory around the city of Raqqa.

"The key ISIL [Daesh]-held terrain… more than 2,000 square kilometers of territory [has been] captured" near Raqqa in Syria, he noted.

Cook also warned that the recent terrorist attacks in Istanbul and Baghdad confirmed that as Daesh lost more territory and would try to strike out and kill as many innocent civilians as possible in "high-profile" strikes.