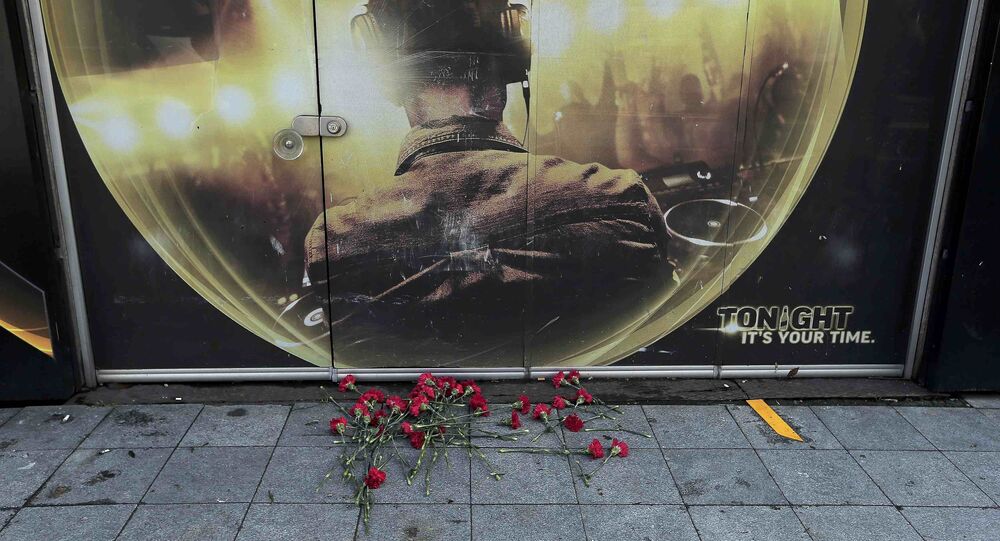 The Turkish security services are in the third day of searches of a perpetrator of the deadly attack on the Reina nightclub.

MOSCOW (Sputnik) — The nightclub, located in Istanbul's European part was attacked by a gunman during New Year's Eve celebrations. The attacker is said to have opened fire from a Kalashnikov assault rifle.

At least 39 people were killed, including more than 20 foreigners, almost 70 were injured as a result of the attack. Daesh, outlawed in many countries, including Russia, has claimed responsibility for the attack.

The Turkish police on Tuesday night carried out a special operation for the search for the terrorist in Istanbul’s district Zeytinburn, which failed to bring any significant results, the Daily Sabah newspaper said.

According to the media reports, law enforcement officials have detained so far 16 people suspected in the attack, including two foreigners, but not the actual perpetrator.

On Monday, Turkish media reported that the country's law enforcement agencies had information about alleged involvement of either an Uzbek or a Kyrgyz national in the attack.

On Tuesday, the Haber 365 media outlet reported that the suspected attacker was Lakhe Mashrapov, a 28-year-old man from Kyrgyzstan, who arrived with his wife and two children from Syria in Turkish city Konya in November 2016.

At the same time, Kyrgyzstan’s news agency AKIpress reported later in the day Mashrapov’s statement, in which he said that he was in his home country on December 31 and had nothing to do with the attack. Mashrapov also explained that on January 1 he took plane from Kyrgyzstan’s capital city Bishkek to Istanbul for a trade-related trip. According to the statement, on his way back, Mashrapov was forced off the plane by the Turkish law enforcement officials, who released him after questioning.

Rahat Sulaimanov, a spokesman for Kyrgyzstan’s State Committee for National Security (GKNB), told RIA Novosti on Wednesday that the GKNB was checking the information that the country's citizen could be behind the deadly attack following the Turkish media reports.

© Photo : Pixabay
After Istanbul, Europe Warned to Brace for Another Year of Terror
The preliminary investigation showed that the attack suspect was well aware of the existence of three secret exits from the club, known only by the staff, according to the Hurriyet newspaper.

The newspaper also reported that the terrorist used a stun grenade during the attack, adding that from 120 to 180 bullets were found at the DJ booth.

After carrying out the deadly attack, the suspect left the club by a taxi and got out in the area of Kurucesme district, claiming that he had no money to pay for a ride and asking the driver to borrow a cell phone to make a call. After the interrogation, the driver reportedly said that the suspect spoke Turkish.