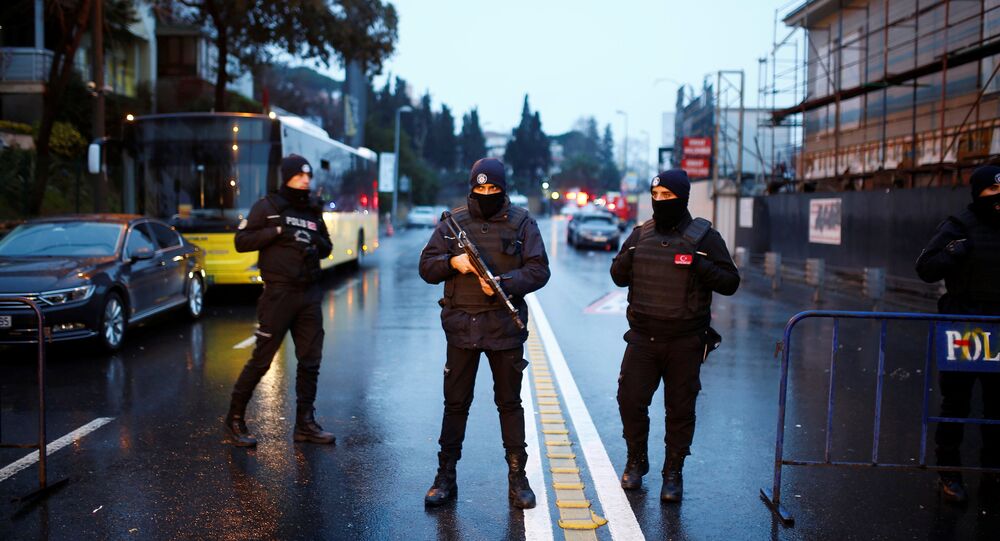 Turkish police detained eight suspects on Tuesday, Haberturk reported. Two of them were detained at Istanbul's Ataturk Airport, Turkish broadcaster NTV reported adding that they turned out to be foreign nationals.

No information concerning the identity of the detainees has been released yet.

Earlier on Tuesday, Turkish state media revealed a video of the suspected perpetrator of the deadly terrorist attack at Istanbul's Reina nightclub.

On Monday, Turkish media reported that police was suspecting a citizen of either Uzbekistan or Kyrgyzstan-related to Daesh jihadist group was involved in the attack.

At least 39 people were killed, 69 injured as a result of the attack on the Reina nightclub during New Year's celebrations, according to the Turkish Interior Ministry. So far, 38 out of 39 victims have been identified.

Daesh, a terrorist organization banned around the world, claimed responsibility for the attack.

Since the launch of the investigation, eight people have reportedly been detained.