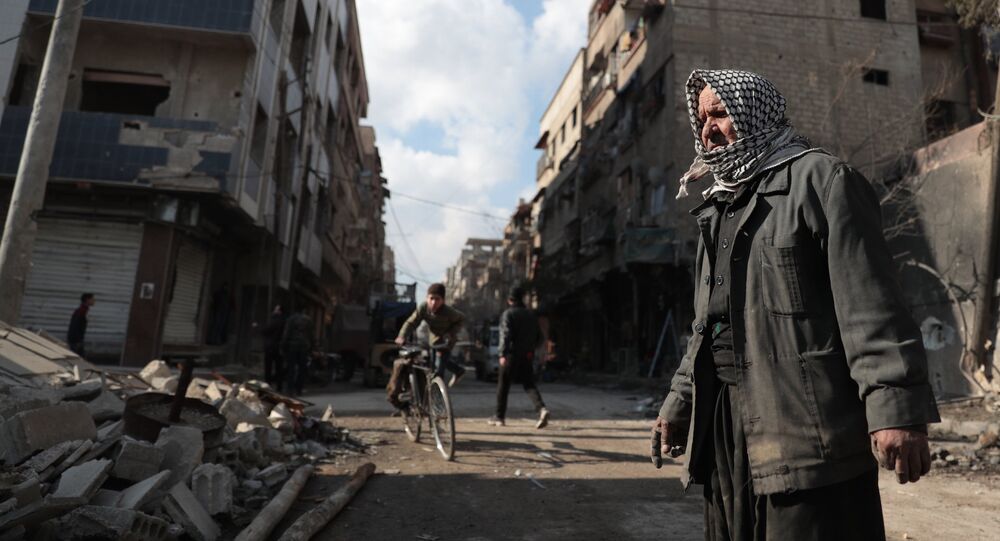 In the wake of the nationwide Syrian ceasefire which officially took effect on Friday at midnight, Sputnik Turkiye spoke with Vecih Cuma, Healthcare Minister in the Syrian Provisional Government formed by the opposition, to discuss the opposition's plans and the reason why the US was excluded from the negotiating process.

"The negotiations among the influential players in the region, Russia, Turkey and Iran will pave the way for the political settlement in Syria," Vecih Cuma told Sputnik Turkiye.

The opposition politician added that al-Nusra Front and Daesh, along with a number of other groups which have been officially registered as terrorist organizations, have no place at the  negotiating table.

He also noted that the representatives of the Kurdish Democratic Union Party (PYD) and the groups of the Free Syrian Army (FSA) supported by the US are also absent from negotiating the Syrian settlement.

"The US is rendering support to the PYD party in Syria, the aim of which is to establish a Kurdish state. We do not want to allow the breakdown of Syria and advocate the political settlement of the crisis. As the US supports the PYD, it does not exercise enough weight and influence to be able to have any impact on the negotiation process," the opposition politician told Sputnik.

Vecih Cuma reiterated that the Syrian people want the war to end as soon as possible and the establishment of peace in the country.

© Photo : Ministry of defence of the Russian Federation
Military engineers of the Russian Army's international counter-mine center are seen in an Aleppo street with children. File photo

"As representatives of the Syrian people, we want peace, freedom and democracy in our country, Over 600,000 people have already been killed in this war, 12 million people have lost their homes and were forced to seek asylum in other countries," he said.

"We want to reach a political solution to the conflict and to put an end to this humanitarian catastrophe," he finally stated.

A major agreement between the Syrian government of Bashar al-Assad and armed opposition groups was reached on Thursday and supported by Russia, Iran and Turkey as guarantors of the peace process.

The current ceasefire will be followed by comprehensive peace negotiations, according to reports. Kazakhstan’s capital Astana will host a peace conference, with the government of Syria and opposition factions participating, comprising "an important step" in "the ultimate resolution of the crisis," according to a statement issues by the Kremlin last week.