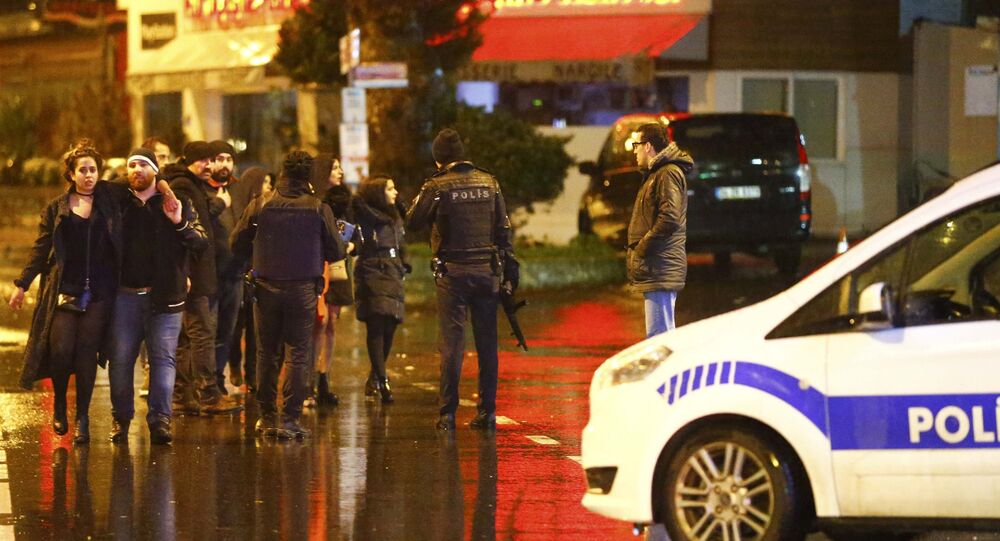 Turkish state media on Monday revealed the pictures of the suspected perpetrator of the deadly terrorist attack at Istanbul's Reina nightclub, taken by a security camera.

ANKARA (Sputnik) — According to the Anadolu news agency, the security camera footage, examined by police, clearly showed facial features of the terrorist.

The bureau of terror and organized crime for the Istanbul Chief Public Prosecutor's office continues the investigation into the case, the agency said.

Turkish media reported earlier in the day that police was suspecting a citizen of either Uzbekistan or Kyrgyzstan related to Daesh jihadist group was involved in the attack.

​The Reina nightclub on Istanbul's European side was attacked during New Year's Eve celebrations by a man who, according to witnesses, was talking in Arabic. The attacker is said to have opened fire from a Kalashnikov assault rifle.

At least 39 people were killed, 69 injured as a result of the attack, according to the Turkish Interior Ministry. So far, 38 out of 39 victims have been identified.