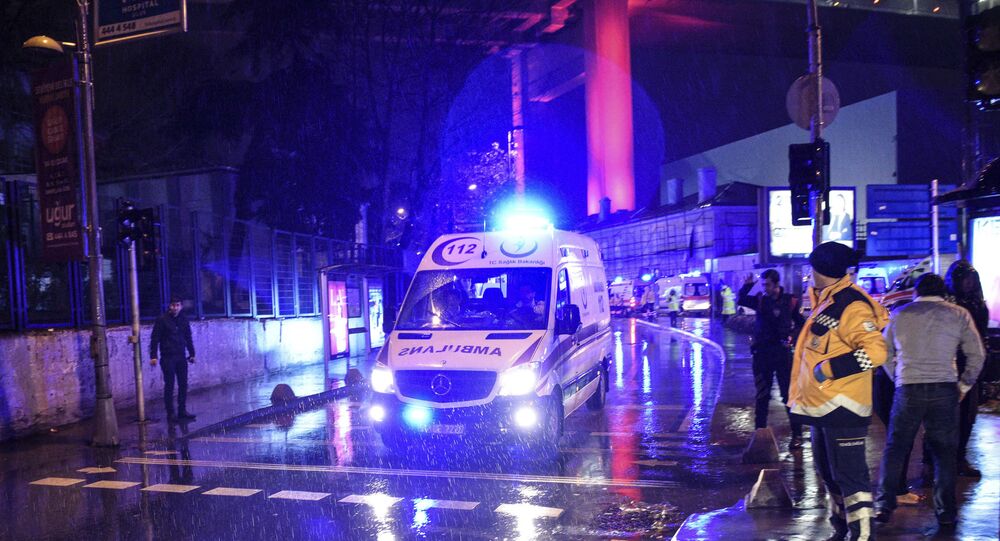 One Russian citizen was killed in the terrorist attack on the nightclub in Turkish city of Istanbul.

"Yes, we confirm this information. It was initially supposed that the deceased woman was a citizen of Azerbaijan, though according to the documents she held Russian citizenship," the official said.

According to Anadolu news agency, Kuwait, Canada, Israel, Syria and Russia lost one citizen each in the attack.

The Reina nightclub on Istanbul's European side was attacked during New Year's eve celebrations by a man who, according to witnesses, was talking in Arabic. The attacker is said to have opened fire from a Kalashnikov assault rifle. The manhunt is underway.

At least 39 people were killed, including 16 foreigners, and 69 injured as a result of the attack, according to the Turkish Interior Ministry. So far 38 out of 39 victims have been identified.