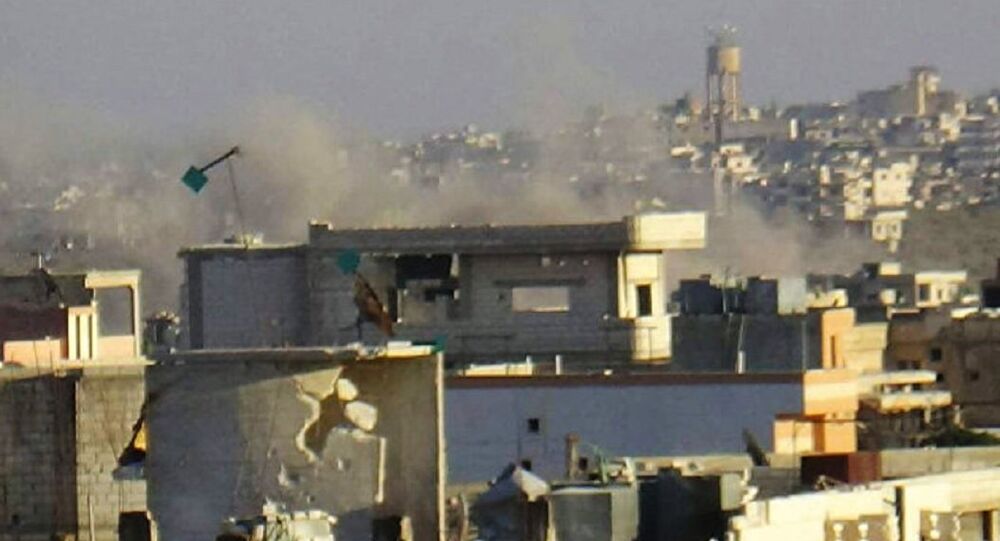 MOSCOW (Sputnik) — According to the news agency, militants targeted residential districts in both cities, ignoring the nationwide truce.

A nationwide ceasefire between Syrian government troops and several opposition factions came into force at midnight local time on Friday. Russia and Turkey serve as guarantors of the deal which paves the way for negotiations between the warring parties.

© AFP 2020 / STRINGER
Red Cross Buses With Fua, Kefraya Residents Reach Aleppo Under Evacuation Deal
Russian President Vladimir Putin announced on Thursday that the Syrian government and armed opposition groups had reached an agreement on a nationwide ceasefire in Syria and on readiness to start peace talks.

Putin called on the Syrian government, armed opposition and all countries with influence on the situation in the Arab republic to support the reached agreements and to take part in the anticipated talks in Astana.