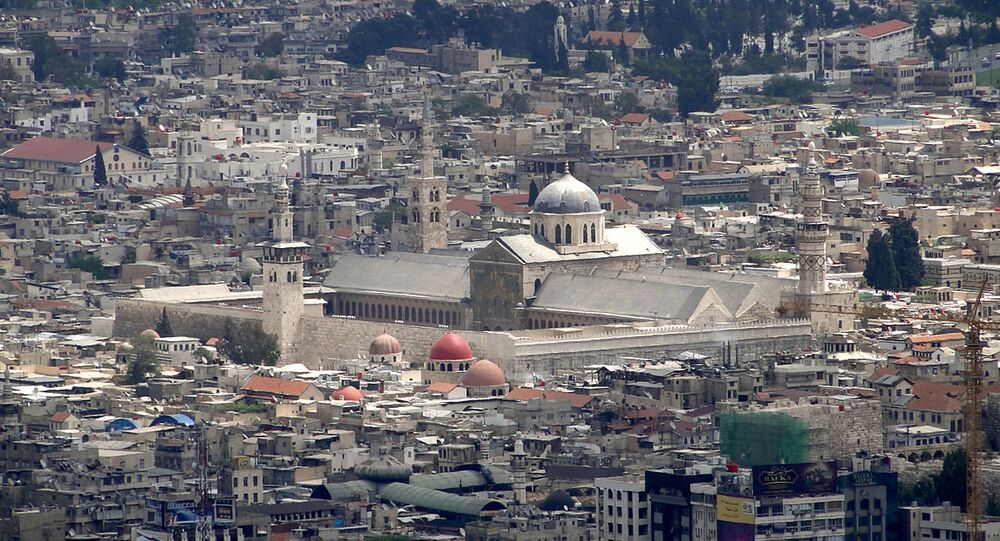 2017 Forecast: What Awaits Syria This Year

Although the Syrian Arab Army (SAA), assisted by Russia, Iran and its local allies have achieved major successes in 2016, including the long-awaited liberation of Aleppo, two key obstacles will prevent the devastating war from being resolved in the near future, Stratfor asserted in its forecast for this year.

"It is tempting to think the Syrian civil war will end in 2017, now that the forces loyal to Bashar al-Assad have retaken the critical city of Aleppo. Indeed, they now control a few major cities and have the luxury of consolidating the gains they have made. But the conflict will not end, at least not in 2017," the think tank stated.

Two key challenges standing in the way of the SAA pushing radical groups out of Syria and bringing lasting peace to the country include excessive battlefield missions and multiple stakeholders often pursuing conflicting interests.

Too many battlefield challenges

"The loyalists are simply pulled in too many directions to achieve a decisive victory," the analysts said. "There is still a lot work left for them to do, and any number of things can shift the balance of power in such a conflict-ridden country."

© AFP 2021 / TIMOTHY A. CLARY
UNSC Unanimously Adopts Russia-Backed Draft Resolution on Syrian Ceasefire
The victory in Aleppo was a major task in itself, but keeping the city and the north of the country safe will be no easy feat. In addition, the Syrian Armed Forces will also have to press radical groups located between Aleppo and Damascus.

The government forces "will also be drawn to areas held by [Daesh] in the eastern city of Deir el-Zour, where their comrades are currently besieged. Retaking territory in the energy belt around Palmyra will be a priority too," the analysts added.

© REUTERS / Lucas Jackson
The Best is Yet to Come? What to Expect From 2017, From Peace in Syria to Removal of Anti-Russian Sanctions
The Syrian conflict has seen no shortage of stakeholders, domestic and particularly foreign. This has always been seen as one of the key factors that have made the crisis so complex. "In 2017, the presence of foreign powers will also complicate the Syrian battlefield, much as it has in years past," the analysts suggested.

The United States is expected to readjust its approach to Syria. Washington will provide support to selected groups fighting against Daesh instead of aiding radicals whose main aim is to remove Bashar al-Assad from power. The analysts maintained that this decision will have three consequences.

"First, Turkey, Qatar and Saudi Arabia will have to increase their support for the rebels, including the more radical ones, the United States has forsaken. Second, their support will give radical elements room to thrive, as will the reduced oversight associated with Washington's disengagement. Third, Russia will be able to cooperate more tactically with the United States and its allies as it tries to exact concessions, including the easing of sanctions, in a broader negotiation with Washington," they detailed.

Ankara's key goal entails preventing the Kurds from gaining more power and expanding territory under their control in northern Iraq and Syria. As a result, Turkish leadership will largely focus on expanding its sphere of influence in the region instead of putting all the effort into fighting Daesh.

At the same time, Turkey will hardly be able to advance deeper into Syria due to Russia's military engagement in the war-torn country.

"In Syria, the presence of Russian troops will probably prevent Turkey from venturing any farther south than al-Bab in northern Aleppo," the analysts said.

Turkey will also push for a greater role in the major operation aimed at liberating Raqqa, the de facto capital of Daesh's caliphate. This strategy could put it at odds with Russia, meaning that Ankara will have to make every effort to maintain working relations with Moscow to avoid complications on the ground in Syria.