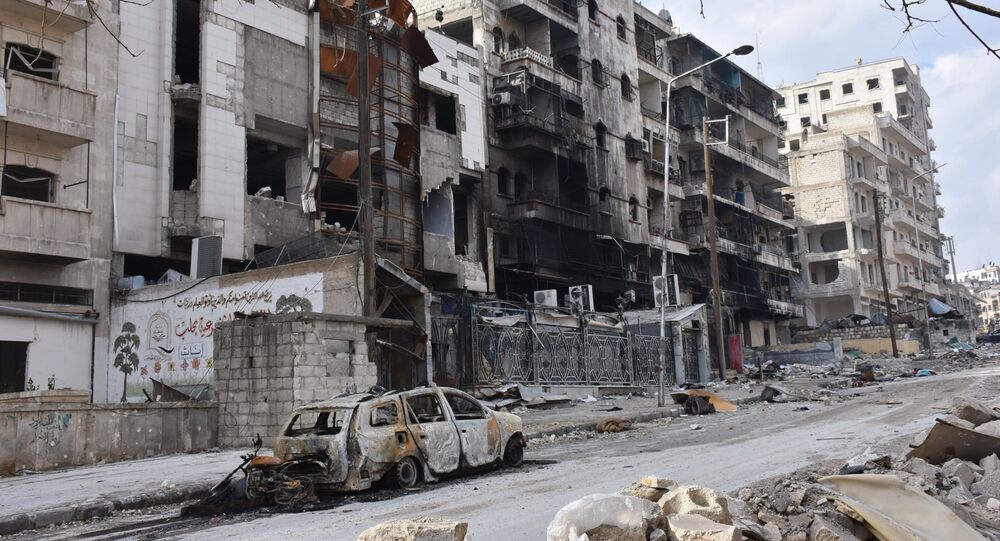 The latest nationwide ceasefire, which has been in force since December 30, appears to be a natural development of a process launched with the liberation of Aleppo, one of the largest cities in Syria which has been freed earlier this month.

"It is not a matter of ending the war, but rather of an opportunity to build on military successes of the Russian Aerospace Forces and the Syrian Arab Army in Aleppo," Syrian international relations scholar Abbas Djuma told the Russian business daily Vzglyad. "Aleppo's liberation has become a starting point for establishing a triumvirate, comprising Russia, Turkey and Iran. The ceasefire has continued a positive trend. This would not have been possible without Turkey."

© REUTERS / Omar Sanadiki
Step Toward Peace: What Comes Next for Syria After Ceasefire Enters Into Force
Moscow, Ankara and Tehran emerged as key nations, instrumental to relaunching the Syrian peace process last week, when foreign and defense ministers of the three nations held talks on steps needed to bring peace to the embattled Arab country. On December 29, President Vladimir Putin unveiled that Damascus and several major radical groups signed a ceasefire treaty in addition to two other deals.

Abbas Djuma expressed hope that the agreements, which were made public on Thursday, will provide a positive impetus to the peace process in Syria.

© REUTERS / Omar Sanadiki
Syrian Ceasefire: Russia, Turkey, Iran 'Achieve What Washington Couldn't Do'
"This is not only an agreement between the Syrian government and the opposition, but rather a deal between Turkey and Russia, with Iran participating. Iran has supported Russia in Syria, while Turkey has probably pledged to refrain from stimulating the militants in Idlib," he added.

Moscow, Ankara and Tehran have pledged to provide guarantees that the deals will be implemented and adhered to.

Fuad Eliko, a member of the National Coalition for Syrian Revolutionary and Opposition Forces, told Sputnik that the talks in Ankara are meant to secure a lasting ceasefire in Syria and to resolve the crisis through political means. He also hailed Russia for its peace efforts in the war-torn country.

"Russia is striving to secure peace in Syria. Moscow has made a very important step on the path to fulfilling this task by kick starting the peace process. We, as members of the Syrian opposition, are also committed to resolving the conflict through political means," Fuad Eliko said, adding that the National Coalition for Syrian Revolution and Opposition Forces did not maintain contacts with armed groups fighting in Syria.