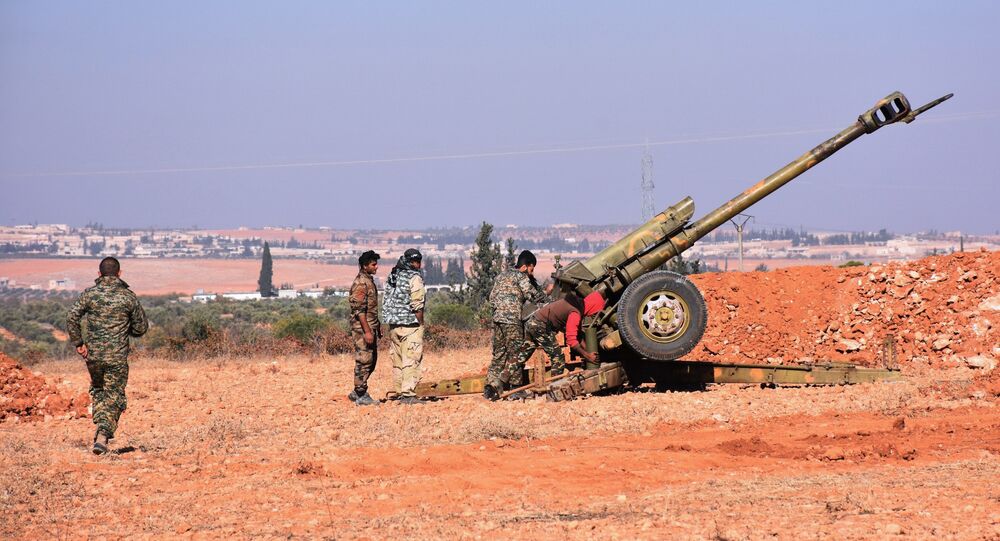 Al-Bab Will Be Liberated 'Within Next Few Days' – Syrian Commander

Turkish armed forces and allied Free Syrian Army (FSA) units are tightening their noose around the Daesh-held city of al-Bab. In an interview with Sputnik Turkey, FSA division commander Taha Atraç commented on the progress of the operation.

© AFP 2021 / ILYAS AKENGIN
Turkish Army 'Bearing Brunt of Anti-Daesh Operation in Syria's al-Bab' – Expert
The efforts to liberate the strategic city are complicated by the terrorists using civilians as a human shield.

“Both sides are suffering losses, but Daesh is being hit the hardest. Turkish artillery and the FSA keep pounding their positions in the north of the city, even though in the past couple of days heavy rain and fog have prevented the Turkish Air Force from hitting the jihadists’ positions,” Taha Atraç told Sputnik Turkey.

He said the city was full of civilians who are prevented from moving out by Daesh fighters who are use these people as a human shield.

“That’s why we have to be very careful and make sure civilians are not hurt. Without all these civilians in the town we would have seized the city a long time ago. We still hope that within the next few days al-Bab will be liberated though,” Taha Atraç said.

He added that there were some 1,500 Free Syrian Army fighters taking part in the operation.

“We have reinforcements coming in each time we need them as part of this operation we are carrying out jointly with Turkish Special Ops units,” he added.

© AFP 2021 / GEORGE OURFALIAN
Daesh to Redeploy Forces to Al-Bab 'Through Areas Under Pentagon's Control'
According to a Free Syrian Army representative, while Turkish and FSA forces are advancing on al-Bab from the north, east and west, the southern approaches to the city will also be closed off to prevent reinforcements the besieged terrorists are getting from their brethren in Raqqa.

Al-Bab is one of Daesh’s last remaining strongholds near the Turkish border.