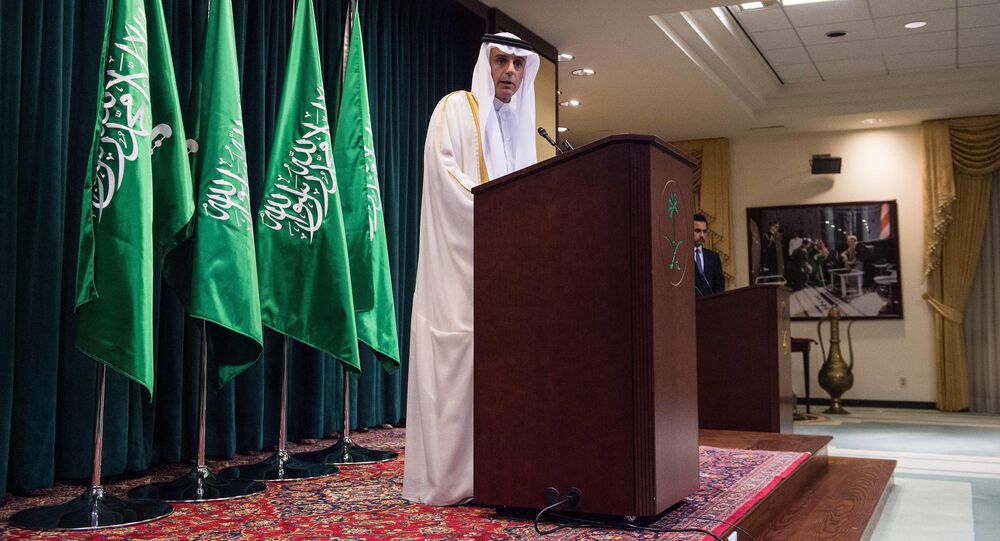 Saudi Arabia welcomes suggestions of the US Secretary of State John Kerry on the final settlement of the Israeli-Palestinian conflict, an official representative of the Saudi Foreign Ministry said in a statement Thursday.

© AP Photo
UN Slap Down of Netanyahu Overdue, But Let's Not Forget the Palestinians
DUBAI (Sputnik) — On Wednesday, Kerry delivered a speech in which he put forward six principles for final Israeli-Palestinian settlement. They include restoration of the 1967 prewar borders between Israel and Palestine, sticking to the principle of "two states for two peoples," making Jerusalem a shared capital of the two states, and a fair resolution of the Palestinian refugee problem.

"An official source at the Foreign Ministry expressed the kingdom's welcome of the proposals put forth by US Secretary of State John Kerry on a final settlement of the Palestinian-Israeli conflict," the statement said.

According to the statement, the Kingdom of Saudi Arabia considers the proposals to be in accord with the most part of the resolutions of international legality and most of the elements of the Arab Peace Initiative agreed upon at the Arab Summit in Beirut in 2002 and by the Islamic Summit in Makkah in 2005. The source considers Kerry's proposals to represent a proper basis for reaching a final settlement of the Israeli-Palestinian conflict.

After the Six Day War in 1967, Israel seized the West Bank, Gaza Strip, Golan Heights and Sinai Peninsula. The United States has been calling on Israel to accept borders that existed before the conflict.

Future of Two-State Solution for Israelis, Palestinians ‘In Jeopardy’ - Kerry

Israeli, Palestinians Should Agree on Borders Based on 1967 Lines - Kerry