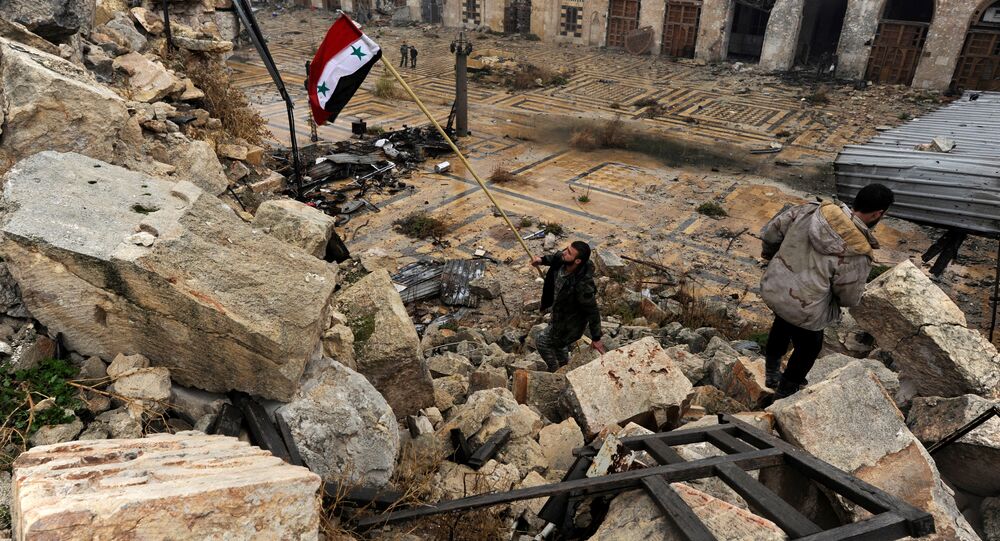 Ozturk Yilmaz, a deputy chair responsible for foreign relations of the Turkish opposition Republican People's Party (CHP), stated that if all participating parties could implement the ceasefire agreement on the ground, it would be a very important development on the way to the long-term solution for Syria crisis after six years of civil war.

Earlier on Thursday, Russian Foreign Minister Sergey Lavrov said Russia launched the groundwork for talks between the Syrian government and opposition in Kazakhstan’s Astana alongside Turkey and Iran.

"Turkey, Russia and Iran as sides guarantying this cessation of hostilities and also pushing forward the peace process in Astana this is excellent, but to be able to have viable peace talks I think that we need all sides including the United States and new US administration to take part in these talks," Yilmaz said.

Also on Thursday, Russian President Vladimir Putin announced that the Syrian government and armed opposition groups reached an agreement on a ceasefire on the Syrian territory and on readiness to start peace talks.

© REUTERS / Alaa Al-Faqir
Syrian Opposition's HNC Says Ceasefire Important Step Toward Political Solution
If all participating parties could implement the ceasefire agreement on the ground, it would be a very important development on the way to the long-term solution for Syria crisis after almost six years of civil war, Yilmaz noted.

"We want the [peace] process to be successful and Syrian civil war must be ended … otherwise there is no option, other option only a continuation of war. I think it is not in interests of any party including the US and other parties … We have to use this chance to have a successful outcome," Yilmaz added.

Yilmaz welcomed the possible joining of Egypt to the ceasefire agreements if Cairo contributes in a positive way by trying to narrow the gap between the sides of the conflict following the Russian foreign minister's statement on readiness of Moscow to invite Egypt to join the Syrian ceasefire agreements.

Three ceasefire documents have been signed between the Syrian government and the armed opposition forces. The armistice takes effect from midnight on Thursday (22:00 GMT). The documents also introduce a monitoring mechanism and set forth that the parties are ready to start peace negotiations.