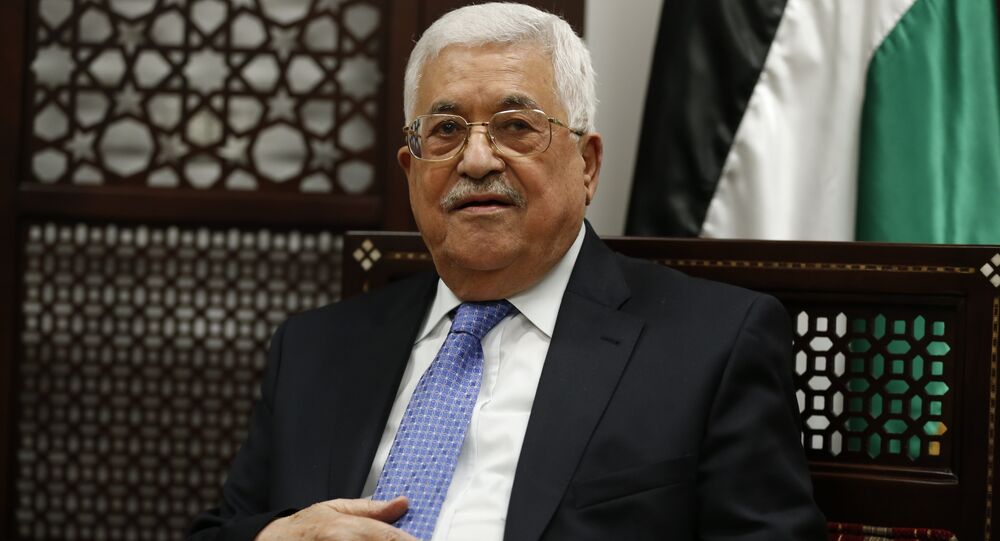 Palestinian leader Mahmoud Abbas has said that Palestinians are ready to hold peace talks with Israel provided that the latter stops building settlements and respects the current agreements.

"The minute the Israeli government agrees to cease all settlement activities … and agrees to implement the signed agreements on the basis of mutual reciprocity, the Palestinian leadership stands ready to resume permanent status negotiations on the basis of international law and relevant international legality resolutions … under a specified timeframe," Abbas said in a Wednesday statement, as quoted by The Times of Israel.

The statement adds that Abbas is ready to continue to cooperate with France, which is going to convene an international peace conference next month, in order to facilitate the start of a credible peace process.

© REUTERS / Lucas Jackson
White House: US Would Veto UN Resolutions That Recognize a Palestine State
On Wednesday, US Secretary of State John Kerry urged Israel and Palestine to agree on two-state borders based on 1967 lines. Kerry’s remarks came amid a downturn in US-Israeli relations following Washington’s decision to abstain from voting on the recent UN Security Council resolution condemning Israeli settlements in the West Bank and in East Jerusalem.

After the Six Day War in 1967, Israel seized the West Bank, Gaza Strip, Golan Heights and Sinai Peninsula. The United States has been calling on Israel to accept borders that existed before the conflict.

Israeli, Palestinians Should Agree on Borders Based on 1967 Lines - Kerry

Future of Two-State Solution for Israelis, Palestinians ‘In Jeopardy’ - Kerry