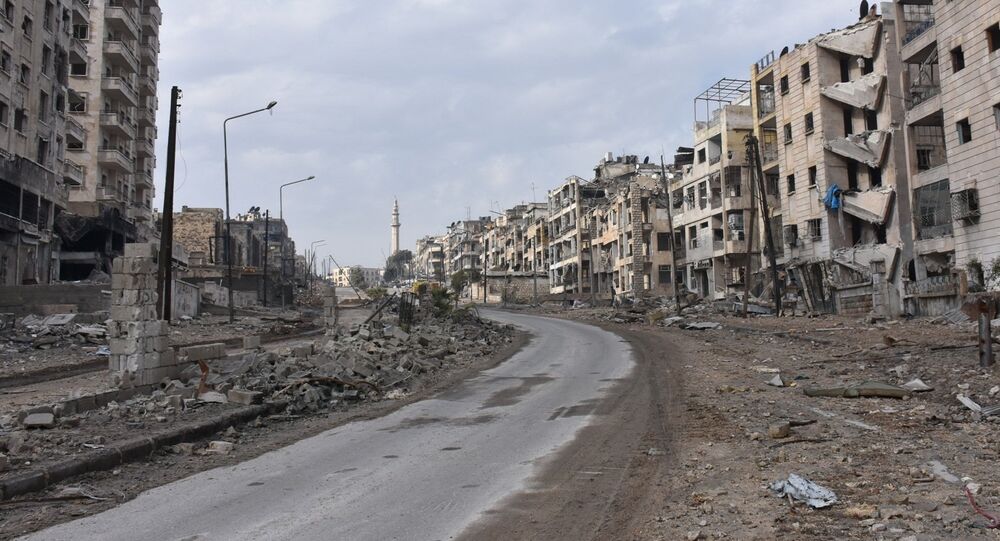 Militants who have left eastern parts of Aleppo left large depots of weaponry behind, most of the arms were produced in the United States, media report.

© Photo : Youtube / RT
Hoarders, Terrorist Edition: Russian EOD Engineers Discover US-Made Weapons in Aleppo in Militant Arms Cache (VIDEO)
MOSCOW (Sputnik) – "We have discovered warehouses with weapons the estimated cost of which amounts to millions of dollars. Most of it – US-produced," a high-rank Syrian defense source told the Russian Izvestia newspaper on Thursday.

The source added that Damascus has indicated several times that the so-called "moderate opposition" in Aleppo had been receiving weaponry supplies from the Turkish territory with the help of funds of Persian Gulf monarchies.

"Moreover, some of the weapons were stolen from Syrian Army warehouses," the source said.

On December 16, the Russian Defense Ministry's center for Syrian reconciliation said that the Syrian army operation to liberate eastern neighborhoods of Aleppo was over, and that Syrian government troops were eliminating separate hotbeds of militant resistance.

The Syrian forces announced that Aleppo had been fully liberated from militants on December 22.

Since 2011, Syria has been engulfed in a civil war, with government forces fighting against numerous opposition and terrorist groups, including the Islamic State (IS, also known as Daesh), which is banned in a range of countries, including Russia.