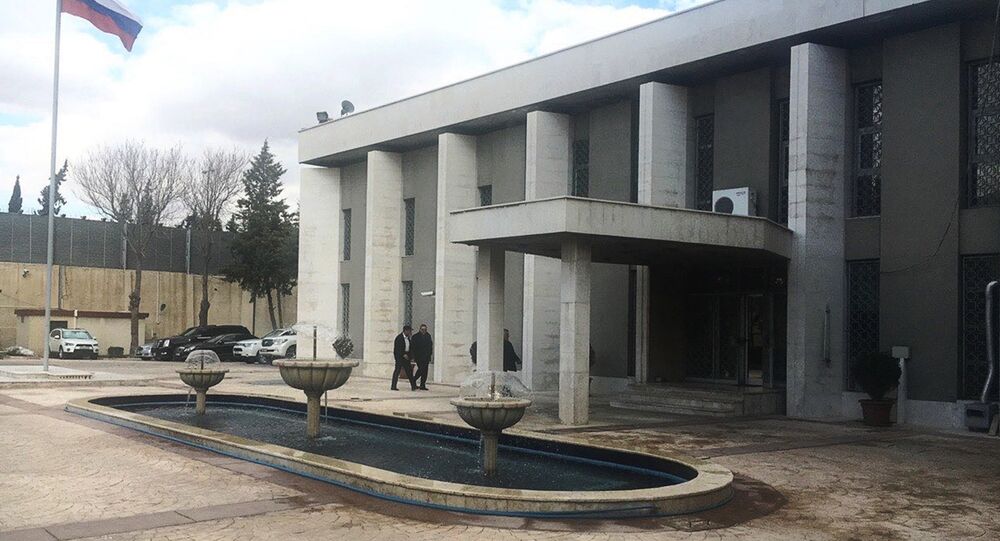 Russian embassy in Syria was shelled by terrorists again, according to the statement of the Russian Foreign Ministry.

"On December 28, at 13:00 and 13:19 Moscow Time, the Russian embassy in Syria was shelled by terrorists again. One mine, which luckily did not explode, fell in the courtyard of the compound of the Russian diplomatic mission's administrative buildings. The second [fell] in the immediate vicinity of its territory. Sappers were involved to clear the unexploded ammunition," the statement said.

© AFP 2020 / TIMOTHY A. CLARY
US Blocks Russia’s Statement at UNSC on Embassy Shelling in Syria
Expressing concern over the persistent terrorist threat to the Russian embassy and diplomats, the ministry said all terrorist groups entrenched around Damascus must be eliminated as soon as possible.

"This confirms the urgent need to eliminate such terrorist hotbeds as soon as possible," the statement said.

The ministry added that attacks on the Russian embassy in Damascus must be strongly condemned by all who counter terrorism in deed.