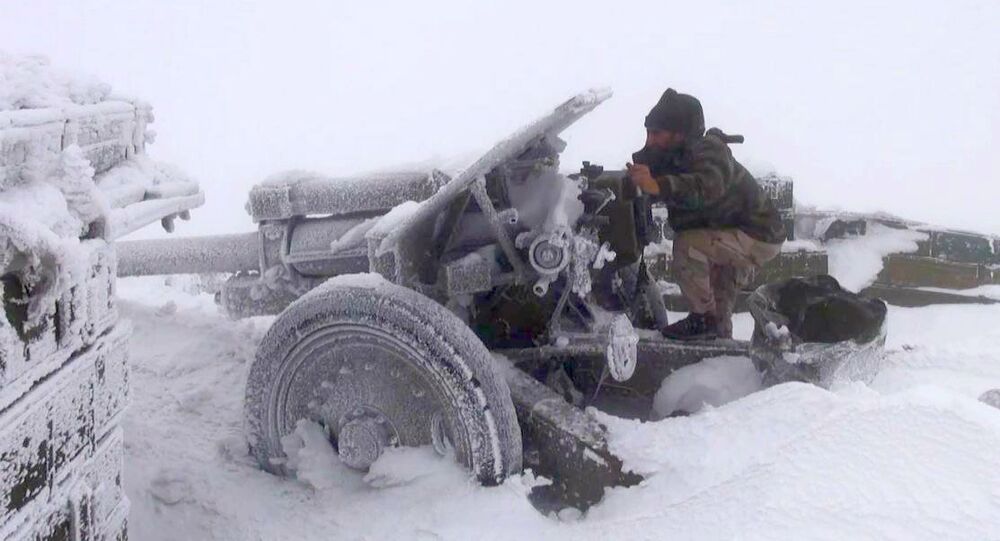 Syrian army troops adapt to winter weather conditions and learn to operate amid snowbanks after heavy snowfall hit the country.

A spell of cold weather and heavy snowfalls left Syrian army troops facing an enemy they aren’t quite used to dealing with – ice and snowbanks.

After five years of continuously waging war, soldiers of the Syrian army have learned to operate in the most adverse of weather conditions. However, up until now they mostly had to cope with extremely high temperatures in summer (up to 45 degrees Celsius), not the winter chill.

Snowbanks are extremely rare phenomena for the Middle Eastern country’s generally warm climate and may become a real challenge for the military and for civilian agencies alike.

Snowfalls have a negative effect on visibility, hampering the military’s ability to keep track of enemy movements and making it difficult to conduct precision artillery strikes.

Nevertheless, the soldiers learned to cope with these conditions and manage to deny the terrorists the ability to use the weather to their advantage.