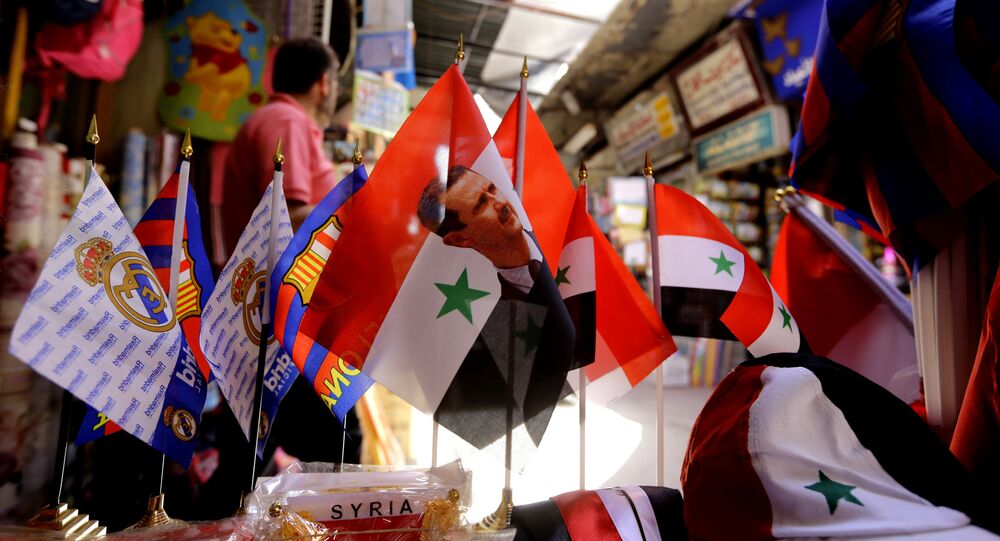 Commenting on the recent trilateral meeting between Russia, Turkey and Iran on the Syrian crisis and the resulting joint statement on reviving the political process to end the conflict, Turkish opposition politician Öztürk Yılmaz noted to Sputnik that it is the first time Turkey has openly voiced its readiness to work with President Assad.

© Sputnik / President of the Ukraine Press-Service
Kazakhstan Ready to Host Russia-Turkey-Iran Talks on Syria - President
Last week, the foreign ministers of Russia, Iran and Turkey discussed the situation in Syria, including Aleppo, in Moscow.

On Monday, during his visit to St. Petersburg, the Kazakh President stated that he will organize further negotiations on Syria between the three countries.

Commenting on the negotiations between Russia, Turkey and Iran, Turkish politician, Vice-chairman of the country's main opposition Republican People's Party Öztürk Yılmaz told Sputnik Turkiye that by joining Russia and Iran, Ankara has for the first time openly expressed its readiness to work with President Assad.

"The defeat of opposition in Aleppo and its retreat have largely changed the balance of power in Syria," he told Sputnik.

© REUTERS
The Road to Syria Crisis Settlement Runs Through Russia, Iran, Turkey
"Turkey's main Justice and Development Party (AKP) has demonstrated the failure of its Syrian policies which has considerably undermined its influence in the region. The next serious blow to its influence and image was the murder of the Russian ambassador in Ankara," he added.

As the result, the politician said, Ankara was forced to abandon its disastrous political line to alter the power in Syria, which it has been pursuing for the last 5-6 years.

He further explained that in the declaration which was signed in Moscow last week, the three countries stressed the need to secure the territorial integrity of Syria. And even though the Turkish authorities have repeatedly made it clear before, it was the first time when Turkey, through negotiations with Russia and Iran, has openly expressed its readiness to work with President Assad, which is one of the major achievements.

Öztürk Yılmaz also noted the change in the format of the negotiation process. Before, he said, it was led by the two co-chairmen of the International Syria Support Group, Russia and the US.

However, now the Obama administration has lost the initiative on the Syrian issue and it has fully come over to Russia.

© Sputnik / Mikhail Alaeddin
How Russia-Turkey-Iran Alliance 'Already Bearing Fruit' in Syria
The Turkish politician further explained that the US' top priority in Syria was the protectionist policy towards the Kurdish Democratic Union Party (PYD). Washington has been only been encouraging PYD forces to engage Daesh in order to try to legitimize the Syrian Kurds in the eyes of the international community while pursuing its own interests.

But Turkey's main opposition, the Republican People's Party (CHP), has been advocating the need for negotiations with President Assad and to build-up the relationship with Damascus and those countries which support the territorial integrity of Syria instead of those who want to break up the country, from the very start of the Syrian conflict, he noted.

The trilateral agreements are a very important step towards the settlement of the Syrian conflict, he added.

Commenting on the announcement of the Kazakh President Nursultan Nazarbayev, Öztürk Yılmaz said that he hopes that the meeting in Astana will signify the next stage in the negotiation process.

The Syrian conflict has demonstrated that there is no military solution to the crisis, he said. Hence, he added, there is hope that there will be grounds for a political solution.

He pointed to the positive signs which are already visible: the territory occupied by Daesh is dwindling in size, the opposition is retreating while the territory under control of the government forces keeps expanding.