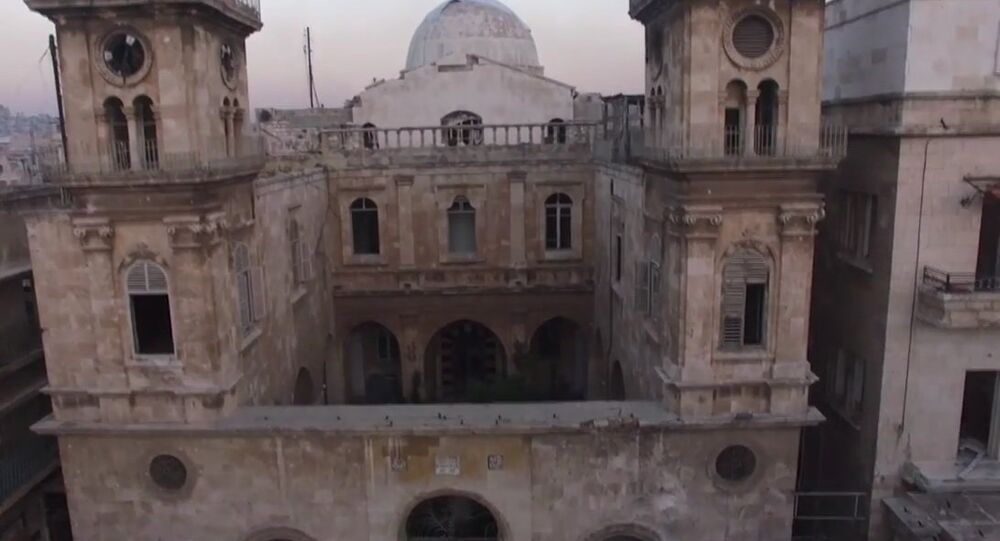 Citizens of the recently liberated Syrian city of Aleppo transformed the debris of the collapsed St. Elias Cathedral into a nativity scene. It will be the first Mass to be held in the church in over four years.

The video shows a partially collapsed huge cathedral in the middle of which a special exhibition of art objects representing the birth of Jesus have been installed.

The footage is touching and particularly beautiful as it depicts peace amid the chaos. For citizens of Aleppo this Christmas is special as it comes just days after the city was liberated from the clutches of the militants.

Aleppo was partially controlled by terrorist groups, including al-Nusra Front and Ahrar al-Sham, since July 2012 and until December 2016.

In July 2016, the Syrian Arab Army (SAA), assisted by Russia, Iran and its local allies, encircled the city, cutting off all supply routes to the rebel-held eastern districts. In November, the SAA launched an offensive, formally known as Operation Dawn of Victory, to push armed radical groups out of last remaining areas under their control.

On December 22, Damascus-led forces announced that Aleppo was fully liberated.

Russia's Goal in Aleppo Was 'Preventing Casualties Among Civilians'