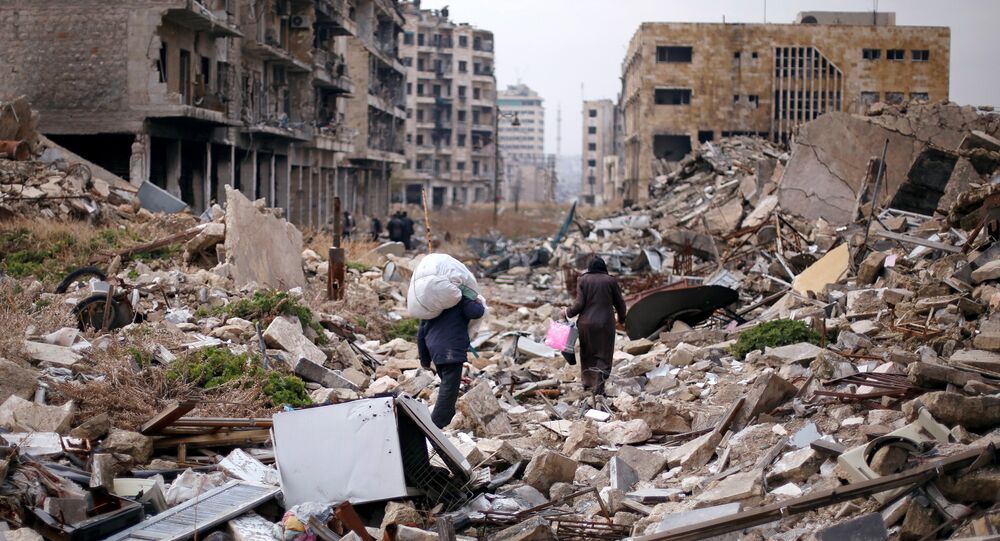 Russian President Vladimir Putin and Turkish President Recep Tayyip Erdogan have expressed satisfaction over the successful liberation of the Syrian city of Aleppo, which has created the conditions for the launch of a peace process, the Kremlin press service said in a statement.

MOSCOW (Sputnik) – Both leaders agreed in a phone conversation on Friday that the end of the operation created the conditions for a transition to a political settlement in the war-torn country.

"Satisfaction was expressed from both sides over the successful conclusion of the operation in Aleppo. Thus favorable conditions have been created for the launch of a peace process that stipulates a ceasefire over the entire territory of Syria and a transition to a political settlement," the Friday statement said.

© Sputnik / Mikhail Alaeddin
How Russia-Turkey-Iran Alliance 'Already Bearing Fruit' in Syria
On December 16, the Russian Defense Ministry's center for Syrian reconciliation said that the Syrian army operation to liberate the eastern neighborhoods of the Syrian city of Aleppo was over.

On Thursday, the Syrian army declared victory in Aleppo as the last convoy with militants left the city's east.

Putin and Erdogan also talked on the progress in the investigation of the murder of Russian Ambassador to Turkey Andrey Karlov, who was killed at an art gallery exhibition opening in Ankara ealier this week.

The statement noted close cooperation between Russian and Turkish law enforcement bodies and security agencies on the issue.