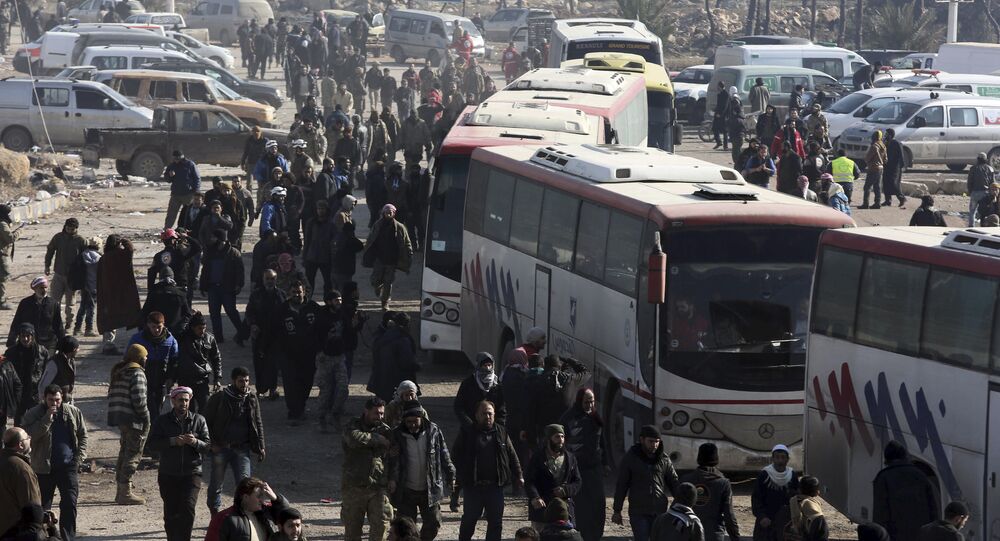 Moscow Managed to Separate Terrorists From Opposition in Syria - Diplomat

Washington was unable to separate terrorists from the so-called moderate opposition in Syria, it was done by the Russian and Syrian militaries, and now the United States is disappointed, Russian Deputy Foreign Minister Sergei Ryabkov said.

MOSCOW (Sputnik) — Ryabkov said that the "homework of Washington for a long time was limited primarily to separation of terrorists from the moderates," but "in the end this division was carried out through the efforts of the Russian and Syrian militaries."

"It is impossible to solve many issues without the US. But in this case, unfortunately, Washington repeatedly demonstrated its inability to fulfill the key elements of what is called homework," Ryabkov told RIA Novosti.

On Saturday, the Russian Defense Ministry said that the evacuation operation in Aleppo has managed to really separate the so-called moderate rebels from terrorists after Washington had failed to do so.

© REUTERS / Omar Sanadiki
Evacuation Operation in Aleppo Really Separated 'Moderate' Rebels From Terrorists - Russian MoD
Reconciliation talks between the Syrian government and opposition groups could have begun much earlier than intended if the United States had a more active position, Ryabkov said.

UN Special Envoy for Syria Staffan de Mistura said Monday he intended to convene negotiations between the Syrian government and opposition in Geneva on February 8, 2017.

"The political process… could have resumed much earlier than de Mistura's announcement indicating February 8 as the relevant date. Here, of course, the US position could have been more active," Ryabkov told RIA Novosti.