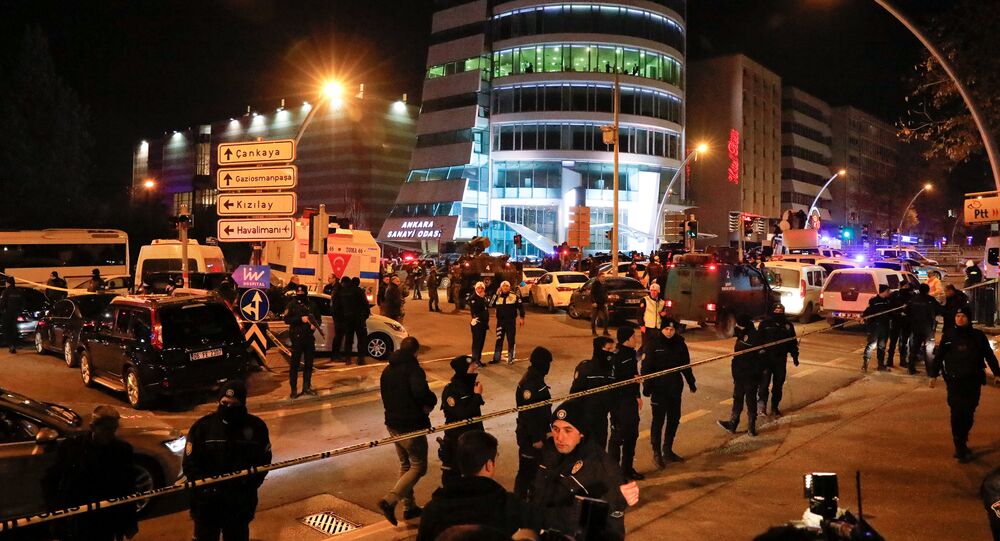 Forces unhappy with the expulsion of militants from the Syrian city of Aleppo could be behind the killing of the Russian ambassador in Turkey, however, all the leads should be investigated, Yasar Yakis, Turkey's former foreign minister, told Sputnik Tuesday.

MOSCOW (Sputnik) — On Monday, Russian Ambassador to Turkey Andrey Karlov was killed by a gunman at an art gallery exhibition opening in Ankara. Three other people were also injured in the attack. The Russian Foreign Ministry called the incident an act of terrorism.

"It is an extremely regrettable criminal act. It may be perpetrated by the quarters that were not happy of the improvement of the Turkish-Russian cooperation and of the expulsion of the Syrian opposition factions from Aleppo. However all options should be kept open until a firm evidence is obtained regarding the motives of the murder," Yakis said.

"The authorities of both countries seem to be cooperating genuinely to find out the root cause of this despicable act," the former minister noted.

Both Russian and Turkish foreign ministers, Sergei Lavrov and Mevlut Cavusoglu, who spoke soon after the attack on the Russian ambassador, said those behind the murder tried to disrupt Russian-Turkish ties and the two countries' joint efforts at settling the Syrian conflict.

On Friday, Syrian government and militants, mediated by Russia, Turkey and Iran, had reached an agreement to complete the evacuation from the areas still under militant control in Aleppo.