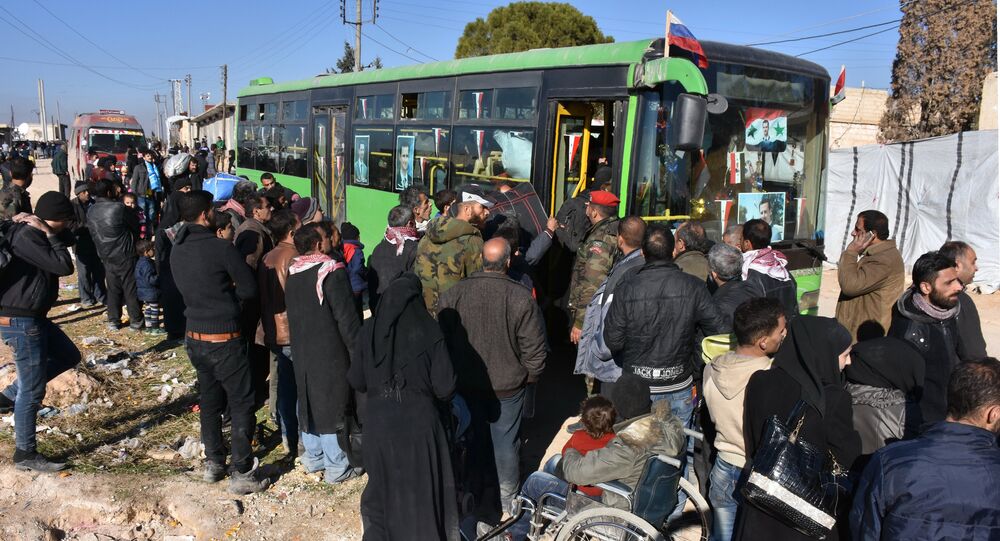 Russia provided generous support to Syrian citizens at a time when they needed it most, Elizabeth Hoff, the World Health Organization representative in Damascus said on Monday.

"I was impressed with the generosity and support provided by Russia at a time when [Syrian citizens] needed it most," Hoff told RIA Novosti.

© REUTERS / Omar Sanadiki
The Aftermath: A Bird’s Eye View of Devastated Aleppo (VIDEO)
The representative noted that several thousand people in East Aleppo still need to be evacuated which could take a few days.

Hoff said that the estimated number is 50,000 people, but that she didn't believe that the number is that high.

She pointed out that the WHO is set to step up humanitarian aid to people evacuated from East Aleppo. According to Hoff, about 39,000 people have been registered in temporary shelters. However, the majority of people choose not to stay there as the conditions are not very good.

"In Aleppo province, there are about 75,000 internally displaced people that we need to help," Hoff elaborated.

© REUTERS / Rodi Said
Russia Delivers Over 40 Tonnes of Gifts to Syrian Children
The WHO prepared 300,000 medications for evacuees from East Aleppo. The medications have been sent to hospitals in Aleppo province.