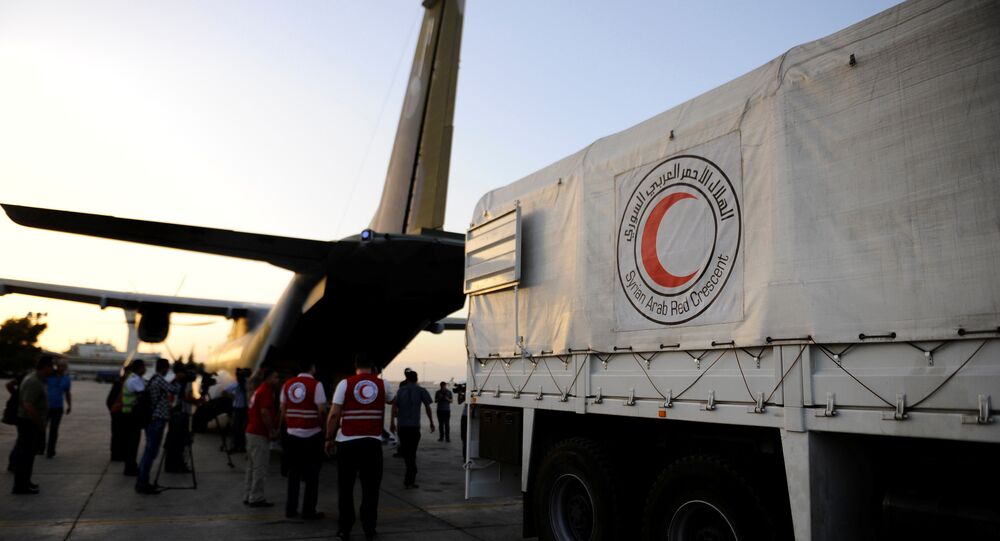 The evacuation of the remaining militants and their families from eastern Aleppo has been postponed on Sunday, according to the Syrian Arab Red Crescent (SARC).

© Sputnik / Sergey Guneev
Putin, Erdogan Discuss Situation in Syria, Evacuation From Aleppo - Kremlin
ALEPPO (Sputnik) — The evacuation of the remaining militants and their families from eastern Aleppo has been postponed on Sunday, the Syrian Arab Red Crescent (SARC) employee said.

"The evacuation of the last group of militants has been postponed until further notice. No one really left eastern Aleppo within the last 24 hours," the employee said.

All the buses prepared for the militants and their families in the evacuation zone in Ramuse district remained in place and have not leave the city.

Earlier in the day, the UN Security Council held consultation to discuss the modalities of evacuations in Aleppo, including the deployment of observers on the ground.