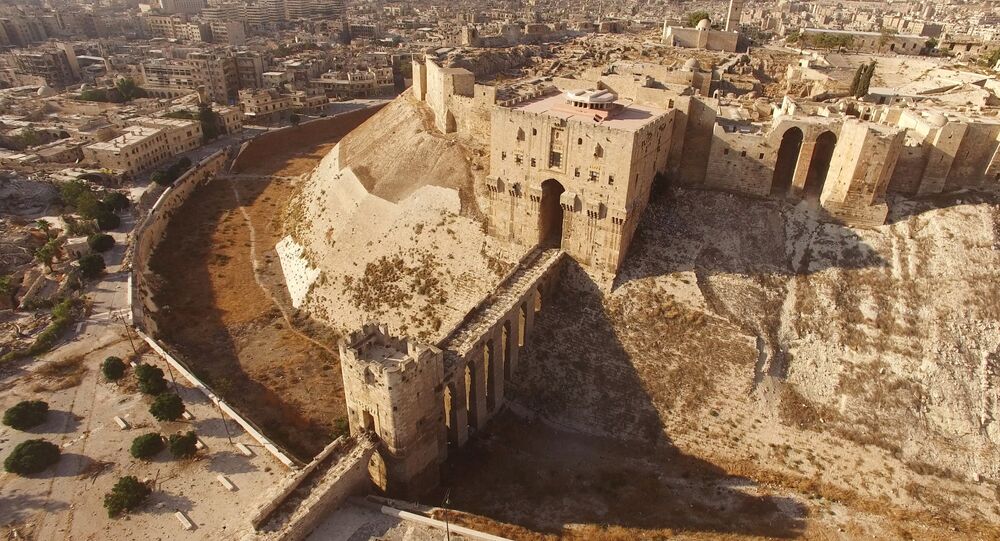 The citadel of Aleppo in Syria, a UNESCO World Heritage Site, has become open to public once militants have been driven out of the majority of the city's districts, according to a RIA Novosti correspondent.

ALEPPO (Sputnik) — People are now able once again to visit the Citadel of Aleppo in Syria as the city has been liberated from militants, a RIA Novosti correspondent reported Sunday.

The citadel, a UNESCO World Heritage Site, has become open to public once militants have been driven out of the majority of the city's districts and the roads leading to the site have been cleared.

© Wikipedia / Neptuul
UNSC to Vote on Aleppo Evacuation's Facilitation Resolution
The citadel itself was liberated in 2013 but the way to it has been obstructed by the fighting between militants and Syrian government forces.

Militants have been trying to dig tunnels in order to capture the citadel, which has been damaged as a result of battles in the area.