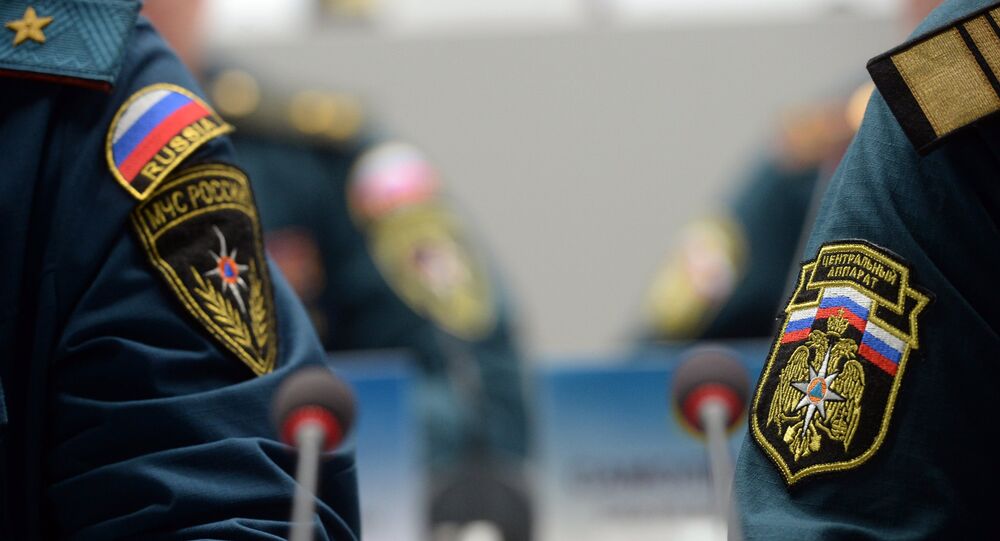 The Russian Emergency Ministry’s mobile field hospital, placed near Syria's embattled city of Aleppo, provided medical assistance to more than 1,100 residents of the country, according to the ministry's press service.

"In accordance with the order of Russian President [Vladimir Putin] to provide medical assistance to the residents, who suffered as a result of the military conflict, the work of the mobile field hospital of the Centrospas and Russia's Emergency Ministry’s rescue team in Syria is continuing. During the work, more than 1,100 people, including 350 children, went to the hospital. All of them were provided with highly professional medical assistance," the statement read.

The Centrospas mobile field hospital for 50 patients is capable of operating in autonomous mode for 30 days, and it can also provide ambulatory treatment for some 200 people per day. The hospital is equipped with all necessary facilities to carry out most complicated surgeries.

The civil war has been raging in Syria since 2011, with government forces loyal to President Bashar Assad fighting numerous opposition factions and extremist groups. The Islamic State extremist group, outlawed in Russia and many other countries, has been able to capture large territories in both Syria and Iraq since 2014.