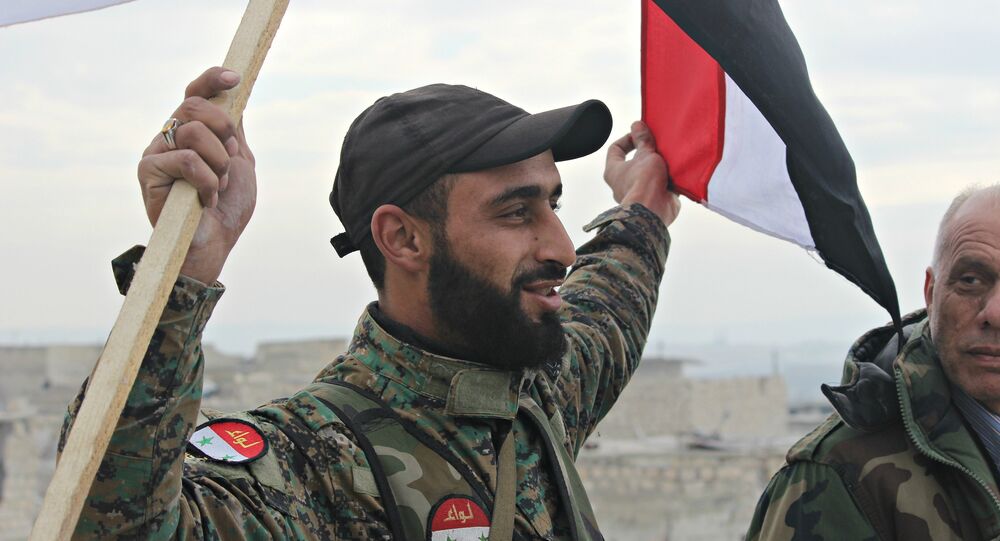 The Syrian army and militias are fully controlling the Syrian city of Aleppo, a clearing operation of remaining militants is underway, a militia source told RIA Novosti on Friday.

ALEPPO (Sputnik) – Earlier, the Russian center for Syrian reconciliation said that eastern Aleppo previously controlled by militants has been fully liberated, however, the Syrian army continues to eliminate certain hotbeds of militants' resistance.

"The Syrian army, so to say, controls Aleppo fully. The clearing of remaining militants in separate parts of the district is underway," the source said.

© Photo : Vanessa Beeley
Syrian Army's Operation to Liberate Militants-Controlled East Aleppo Ends - Russian MoD
On Thursday, the Russian General Staff said that a total of 105 districts in Aleppo had been freed by the Syrian army.