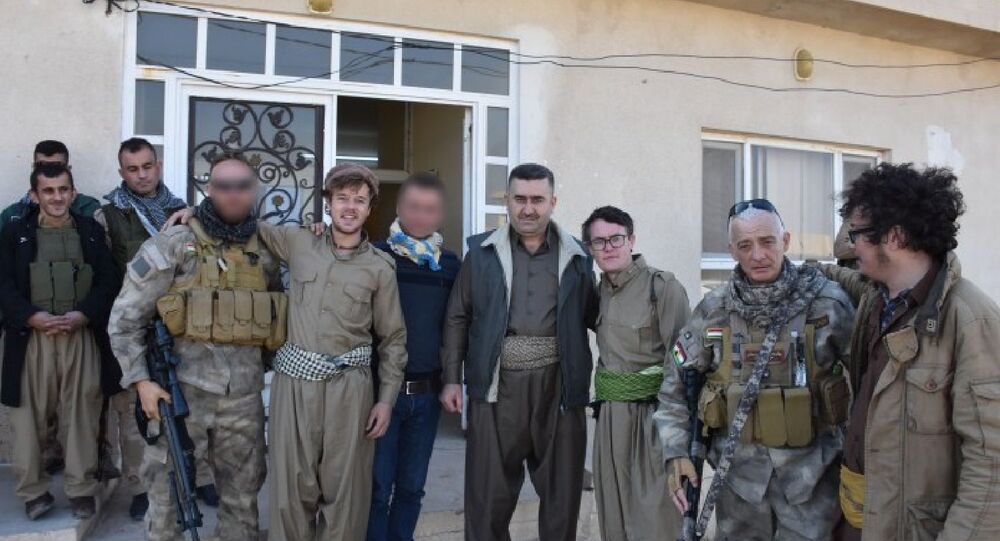 An Irish traveler wrote on his blog that he and his best friend drank a large amount of whiskey in Kurdistan, and subsequently found themselves on the frontline, just 300 meters from a Daesh encampment.

William Meara and Craig Reynolds, a pair of Irish travel bloggers seeking to monetize their journeys online, spent the last two months touring the Middle East. On December 10 they journeyed to Sulaymaniyah, a city of over two million residents in Iraqi Kurdistan. The two were invited to drink alongside a man they later learned was associated with the peshmerga, the Kurdish military forces.

Many hours of heavy drinking later, according to the backpackers, their new friend invited them to the front line separating the peshmerga and their arch-enemies Daesh. Reynolds and Meara inexplicably found themselves in peshmerga uniform and riding in a truck bound for the no-man’s land between the Kurdish and Daesh encampments.

Reportedly the two met a peshmerga general as well as a pair of volunteers, from Canada and France. The Irish travelers then apparently toured disputed territory dotted with destroyed villages and remnants of battle, all the way to the edge of peshmerga turf. Meara wrote: "We were here. In the thick of it. Only 300m ahead of us were ISIS, flags waving but silent and heavily dug in. At night they made their assaults under the cover of darkness. In the last month alone, three soldiers based in this outpost had been killed by ISIS snipers, the most recent of which being last week. We stood in the the very bunker this had taken place."

Not long after, the Irishmen stated that they bid their new friends farewell and good luck in defeating Daesh, blogging about their high-risk visit with photos of the two posing with soldiers, sandbags, and machine guns.

Their actions have been met with a mixture of amusement and disbelief, including a Sun article with the headline "Lads on Tour!" Totalfratmove.com declared the backpackers’ action worthy of the web site’s moniker. “If I was out throwing back bottles with a bunch of Kurds in freaking Iraq, and one of them was like, ‘Do you want to go blow up some ISIS tomorrow morning?’ I would pretty much immediately say ‘Hell yeah! Where’s the mortar at??? Fuck ISIS!’” the humor site posted Thursday.

Others were less amused, including Dr. Tom Clonan, a security analyst with The Irish Times. "I would be very nervous of posing for a photograph with weapons in an environment where combat is taking place," he said December 13. "It's just naive, they shouldn't be doing that."

Hundreds of Western mercenaries have joined the peshmerga, and other Kurdish militant groups as well, in efforts to combat Daesh. The Kurdish government does not officially recognize foreign fighters, but military assistance from global professionals is typically accepted.

Meara was extremely complimentary of the spirit and character of the Kurds. "The Kurdish people are some of the nicest people I’ve met on my travels and despite the imminent danger, they entertained us, smiled and welcomed us in open arms. They’ve been given a rough history in recent times and despite it all, you’ll always be greeted with a smile that would warm the sun," he wrote.