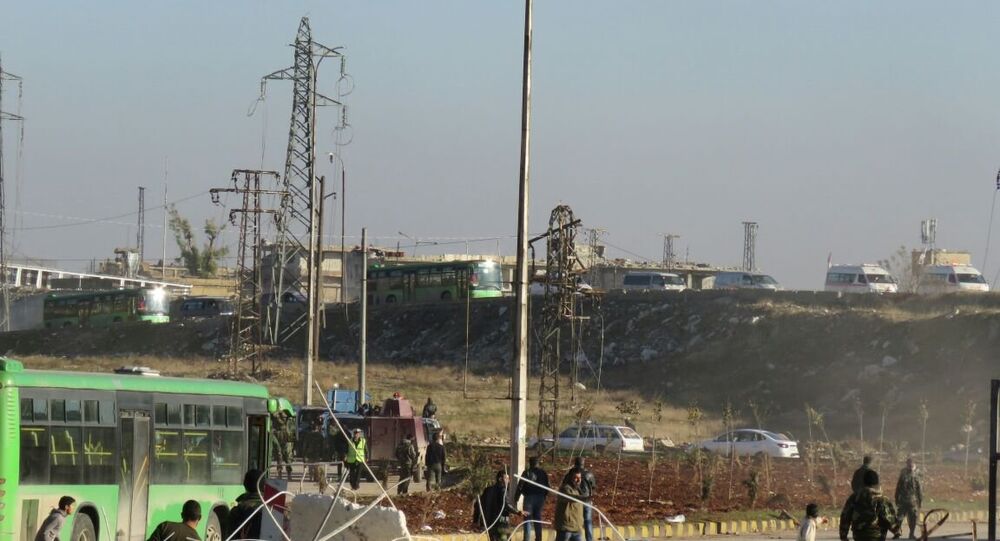 Reservists to Join Army for Protection of Safe Areas in Syria

A number of reservists will join the Syrian army to protect the safe areas without participating in fights, a source familiar with the matter told Sputnik on Thursday.

© REUTERS / Lucas Jackson
France Calls for UN Emergency Security Council Meeting on Syria’s Aleppo
MOSCOW (Sputnik) — Earlier in the day, the Russian General Staff said that the Syrian army and popular militia were finalizing the operation on the liberation of Syria's eastern Aleppo from terrorists, pushing the militants from a total of 105 neighborhoods.

"A batch of names will be notified to join the army as reservists in order to protect the safe areas, but they will not take part in combats on the frontline," the source said.

Syria has been in a state of civil war since 2011, with government forces fighting Syrian opposition groups striving to overthrow the president. Damascus is also fighting numerous extremist and terrorist groups such as the Jabhat Fatah al Sham and the Islamic State, both outlawed in Russia. According to the United Nations, at least 300,000 Syrians have died since the beginning of the conflict.

Cavusoglu to Take Part in Moscow Talks With Lavrov, Zarif on Syria on Dec 27