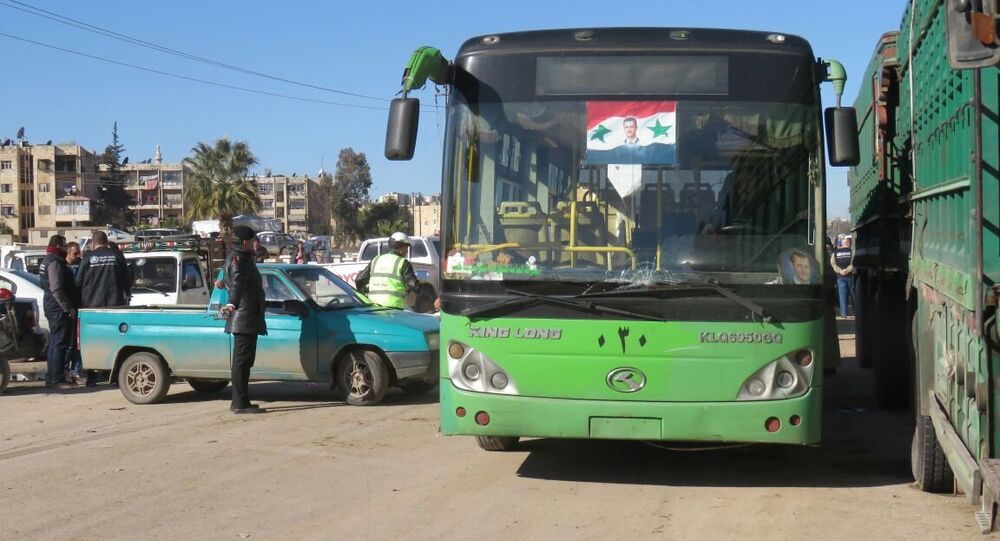 The Russian center for Syrian reconciliation said that the first convoy of buses with militants has already left eastern Aleppo.

© REUTERS / Omar Sanadiki
WATCH LIVE: First Convoy of Buses With Militants Leaves Eastern Aleppo
The evacuation of 5,000 militants and their families from Aleppo started earlier in the day.

Meanwhile, the operation to evacuate 200 wounded is underway in the eastern part of the Syrian city of Aleppo, the Red Cross Syria said.

"In Aleppo, conflicting parties appealed to the the International Committee of the Red Cross (ICRC) and the Syrian Arab Red Crescent to help in the evacuation of the wounded," the Red Cross said.

© Sputnik / Ali Hassan
Civilians of Aleppo 'Welcome Syrian Soldiers as Heroes' (VIDEO, PHOTOS)
Earlier it was reported that Russian President Vladimir Putin asked the Russian center for Syrian reconciliation to prepare jointly with Syrian authorities the evacuation of militants and their families from eastern Aleppo. The evacuation of militants will be carried out via a special corridor toward Idlib.