The ongoing fight in Syria’s city of Aleppo has destroyed many important cultural monuments. The Director of the Syrian Department of Antiquities and Museums, Maamun Abdel Karim spoke to Sputnik in an interview about whether it is possible to restore these ancient buildings.

The city’s market, Umayyad mosque, churches and historic buildings around the Aleppo fortress have all been hit and damaged. In total, the city has lost 150 buildings with history dating back more than a millenia.

In an interview with Sputnik, the director said that the terrorists have destroyed most of the cultural monuments in the ancient Syrian city of Aleppo. However, efforts to restore these historic monuments are ongoing.

© Photo : AFP, Tauseef Mustafa/ Reuters, Khalil Ashawi
RIGHT (before): People walk inside the Khan al-Shounah market in the Old City of Aleppo, December 2009. LEFT (after): A Syrian rebel (rear) walks inside a burnt section of the Umayyad Mosque in the old city of Aleppo hours before the Syrian army retook control of the complex, October 2012.

According to Karim, his department of antiquities and museums together with UNESCO has already devised a master plan for restoration of the damaged buildings of Aleppo. A special team has been set up which includes many renowned engineers and historians.

The director said that no doubt restoration of the ancient heritage is a tough job but it is possible to achieve. 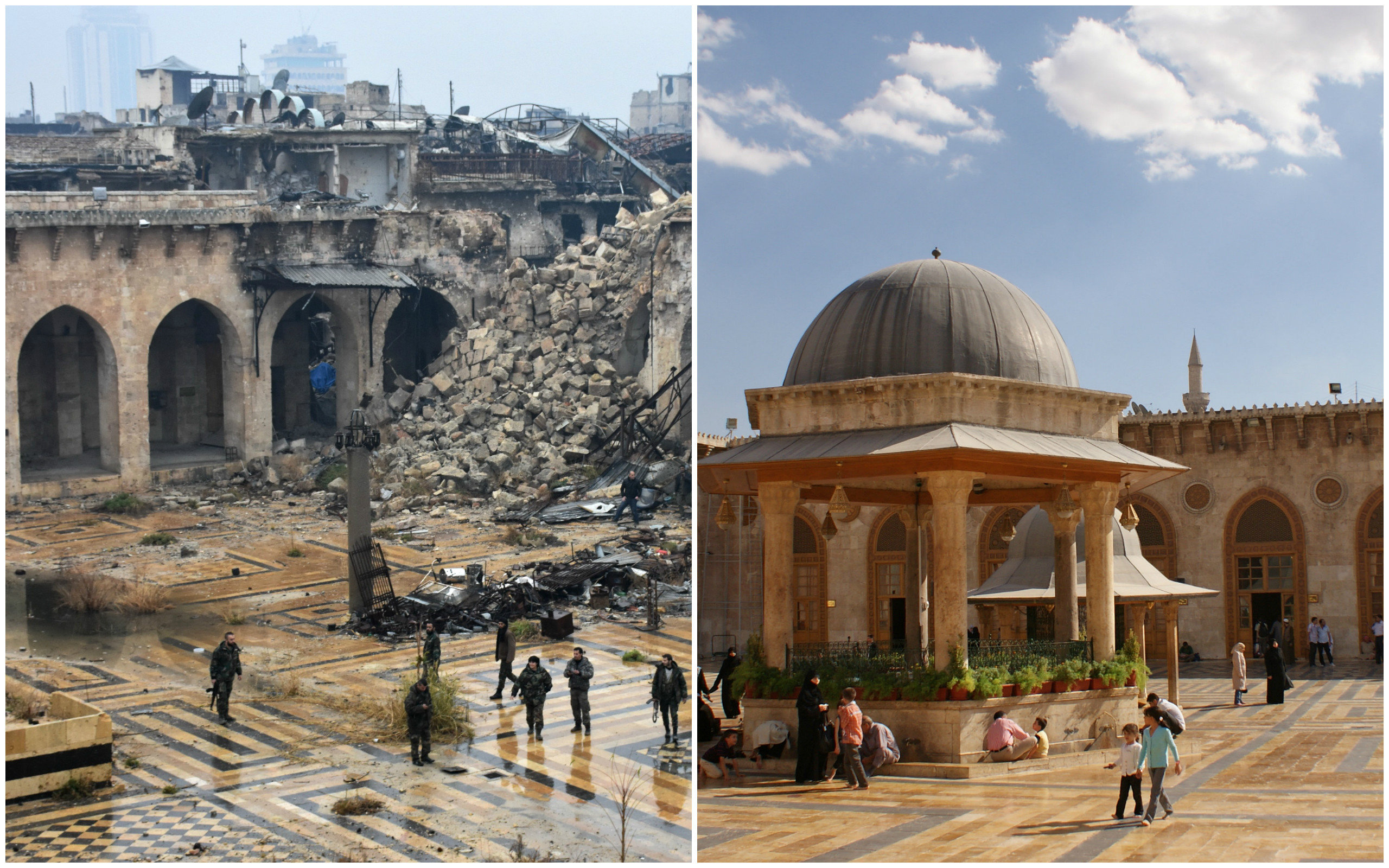 © Photo : AFP, George OURFALIAN/ REUTERS/Khalil Ashawi
RIGHT (before): Visitors walk inside Aleppo's Umayyad mosque, October 2010. LEFT (after): The Syrian government forces' soldiers walk in the ancient Umayyad mosque in the old city of Aleppo, December 2016, after they captured the area.

Karim further spoke about the necessary steps which are required to begin work on repairs. He said that first of all, UNESCO’s help is needed to assess the general scale of losses and damages.

Secondly, the director said that intervention of the international community is much needed in order to punish those criminals who have stolen and taken many of the historical artifacts from the country.

Aleppo District With Militants Getting Ready for Evacuation Came Under Shelling