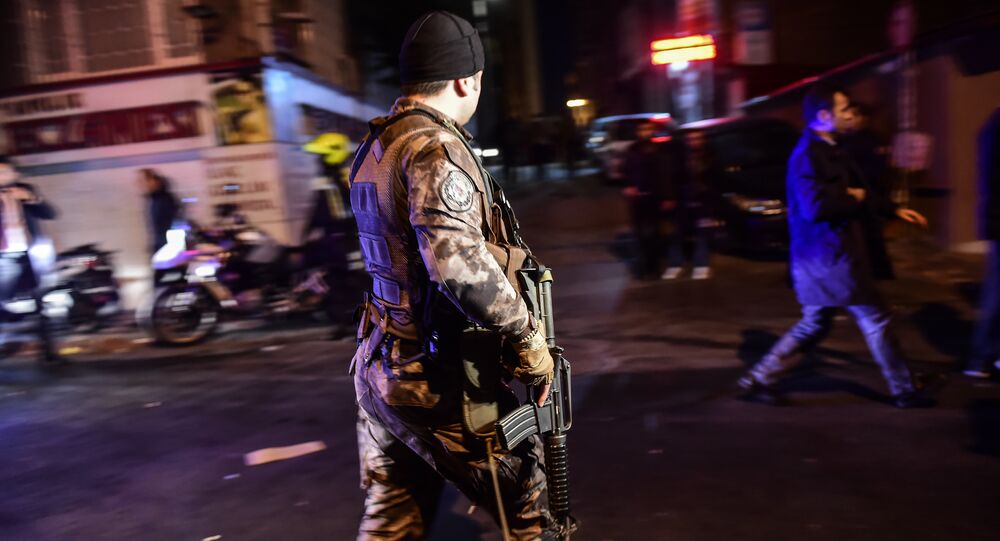 Turkish President Recep Tayyip Erdogan on Wednesday called for a national mobilization in the face of the terrorist threat following the recent terror attack in Istanbul.

ANKARA (Sputnik) — On Saturday, two bombs exploded near the Vodafone Arena Stadium in the Turkish largest city, killing at least 44 people, mostly police officers, and injuring about 150. The country's authorities claimed that the Kurdistan Workers’ Party (PKK) was tied with the twin blast.

"I announce a national mobilization. Henceforth, neither terrorists nor their supporters will have a minute of peace. I appeal to our security forces: the whole country, all the citizens are with you against terrorists," Erdogan said at a meeting with the heads of rural administrative authorities in Ankara.

Erdogan noted that Turkey is currently fighting with PKK, the Daesh jihadist group, outlawed in many countries including the United States and Russia, and the so-called Fethullah Gulen Terrorist Organization (FETO) accused of organizing a failed coup in July.

Erdogan noted that "certain groups" wanted to force Turkey not to intervene in the situation in the region and concentrate on domestic affairs.

Kremlin Has No Information on Possible Russia-Turkey Talks on Syria