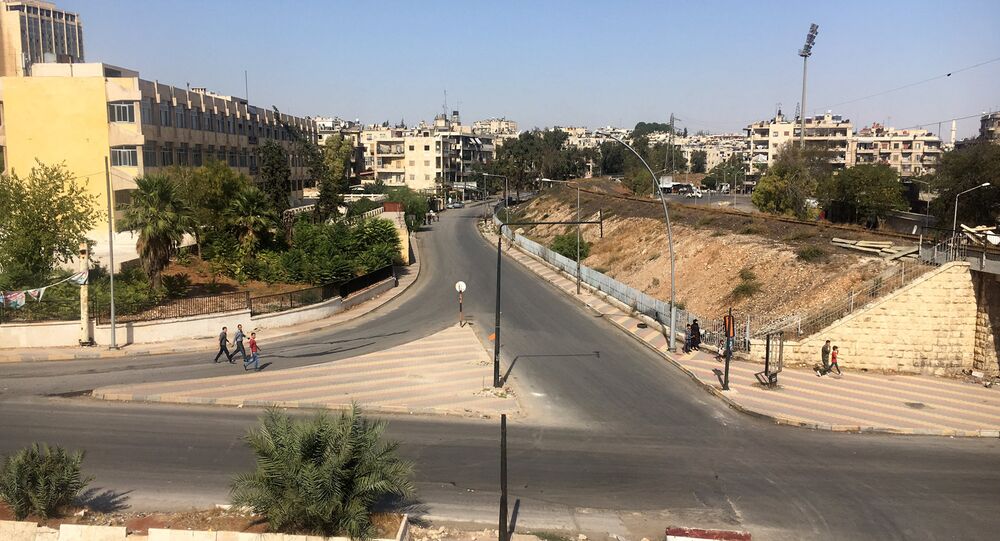 The Independent International Commission of Inquiry on the Syrian Arab Republic also said that terrorists and allied Syrian rebels embedded themselves within civilian population.

"Alongside a pattern of indiscriminate attacks, the Commission has further received allegations of opposition groups, including the terrorist group Jabhat Fatah al-Sham (formerly Jabhat al-Nusra [al-Nusra Front]) and Ahrar al-Sham [Ahrar ash-Sham] preventing civilians from leaving as well as opposition fighters embedding themselves within the civilian population, thus heightening the risk to civilians of being killed or injured," the statement read.

© REUTERS / Omar Sanadiki
"Aleppo Atrocities": The Mainstream Media's Latest Psy-Op
According to the commission, the Syrian government and allied forces "now exercise effective control over eastern Aleppo, and therefore bear the primary responsibility for preventing such violations, including possible acts of reprisals."

Over recent months, Aleppo became major battleground in Syria, engaging government forces and militants. Eastern Aleppo was encircled by government troops, and the fighting affected thousands of civilians trapped in the city. Internationally-mediated ceasefires collapsed as militants shelled and executed civilians attempting to leave the city.

© Sputnik / Michael Alaeddin
Al-Nusra Front, Syrian Rebels Not Letting Red Cross Evacuate Wounded From Aleppo
On Tuesday, the Russian reconciliation center said that the Syrian government army was controlling over 98 percent of the territory of Aleppo, with militants present in less than 3 square kilometers (1.1 square mile).

Earlier in the day, the Russian reconciliation center said that the militants in Aleppo violated the agreement reached with the Syrian authorities on leaving the city and used the ceasefire to regroup and begin hostilities again. When the transport arrived at the previously agreed place, the militants began shelling the convoy. According to the statement, the army repelled the attack and continued the operation to liberate eastern Aleppo.

Scars of the War-Torn Aleppo: Before and After