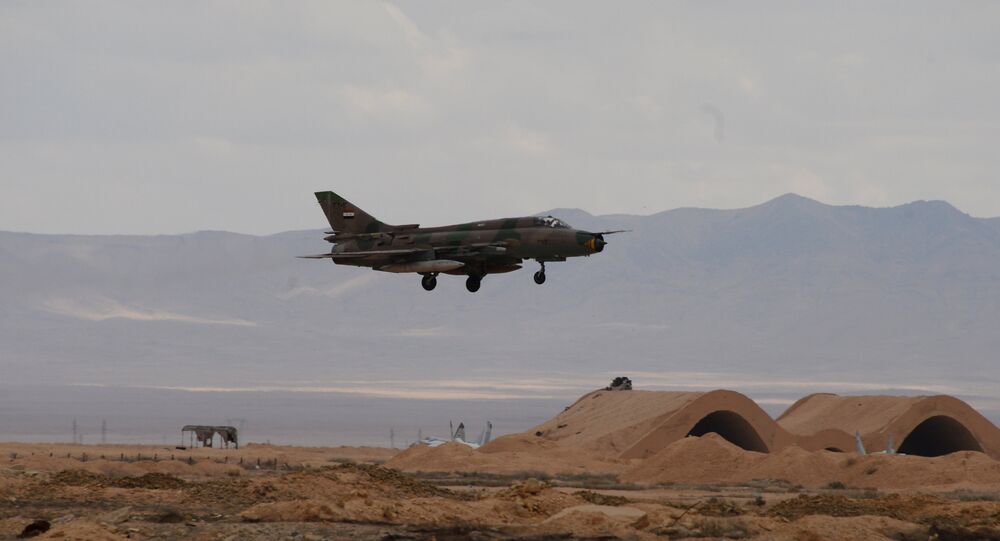 The Syrian army has regained control over heights close to the T4 military airfield near Palmyra, a Syrian military source said.

Earlier in the day, Syrian al-Watan newspaper reported that the Syrian army's command decided to send reinforcements to the T4 military airfield located to the west of Palmyra.

© AFP 2021 / Maher AL MOUNES
Syrian Army Sending Reinforcements to Military Airfield Near Palmyra
The airfield is located about 50 kilometers (31 miles) from the city.

Over the past 48 hours, the Syrian army has repelled three attacks by terrorists on the military airfield. Daesh terrorists continue to shell the airbase from missile launchers.