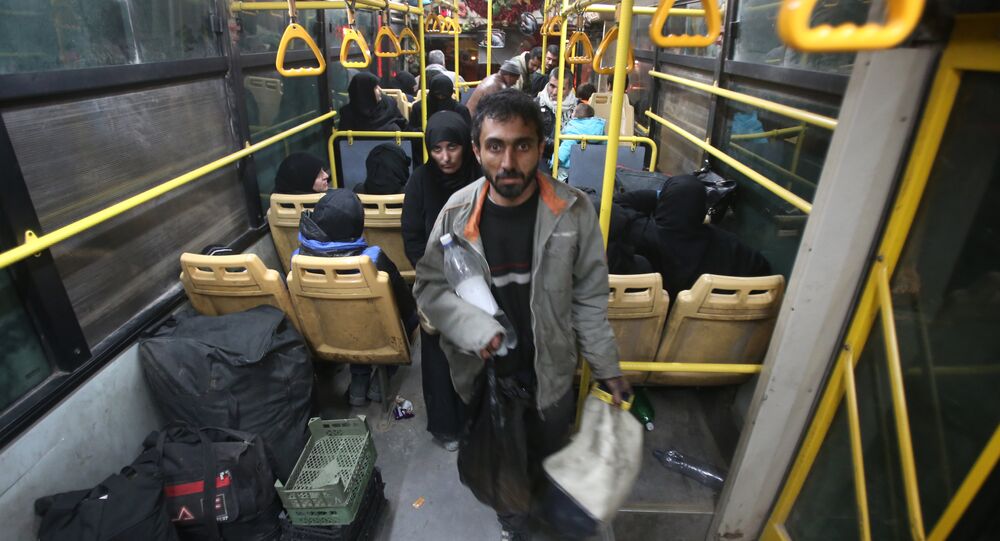 According to the Russian reconciliation center, about 6,000 civilians including 2,210 children were evacuated from militant-held regions of Aleppo in 24 hours.

"In 24 hours, 5,992 civilians including 2,210 were evacuated with support of the Russian reconciliation center from regions of Aleppo which remain under militant control," the statement read.

Over the recent months, Aleppo became a major battleground in Syria between government forces and militants. On Tuesday, the Russian reconciliation center said that the Syrian army was controlling over 98 percent of the territory of the embattled city, with militants present in less than 3 square kilometers (1.1 square mile).

Withdrawal of Last Militants From Eastern Aleppo Yet to Start - Source