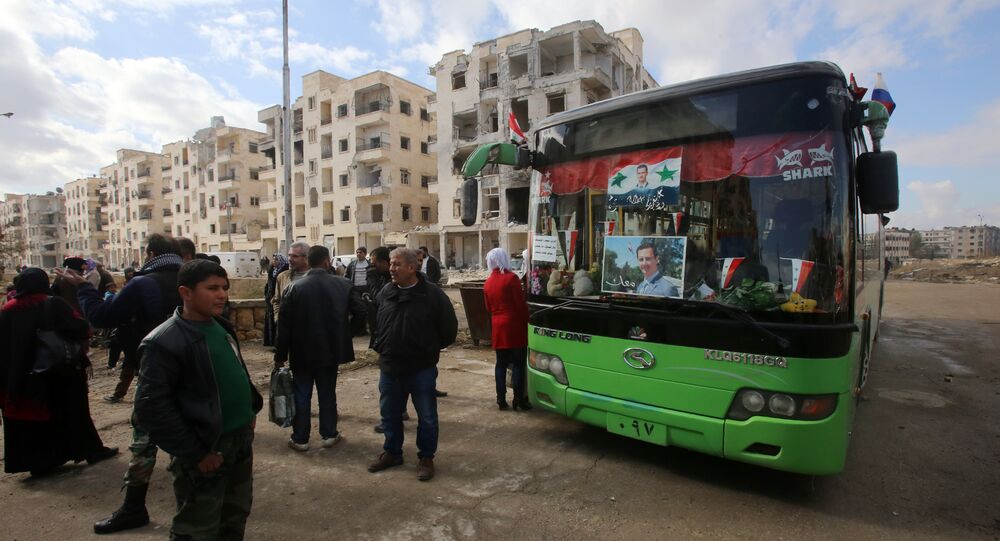 Over 7,000 Civilians Evacuated From E Aleppo in 24 Hours - Reconciliation Center

The Russian Reconciliation Center reports that more than 7,000 civilians have been evacuated from eastern Aleppo within the past 24 hours, and as many as 375 militants surrendered.

© AP Photo / Hassan Ammar
Syrian Army Declares Victory in Aleppo
MOSCOW (Sputnik) – More than 7,000 civilians were evacuated from eastern Aleppo within the past 24 hours, and as many as 375 militants surrendered, the Russian Reconciliation Center said Tuesday.

"In 24 hours, 7,796 civilians were evacuated from regions of Aleppo which remain under militant control, including 3,946 who were evacuated with support of the Russian Reconciliation Center. As many as 375 militants have laid down their arms and left for the western part of the city," the statement read.

According to the statement, 16.3 hectares (40 acres) of eastern Aleppo territory have been demined.